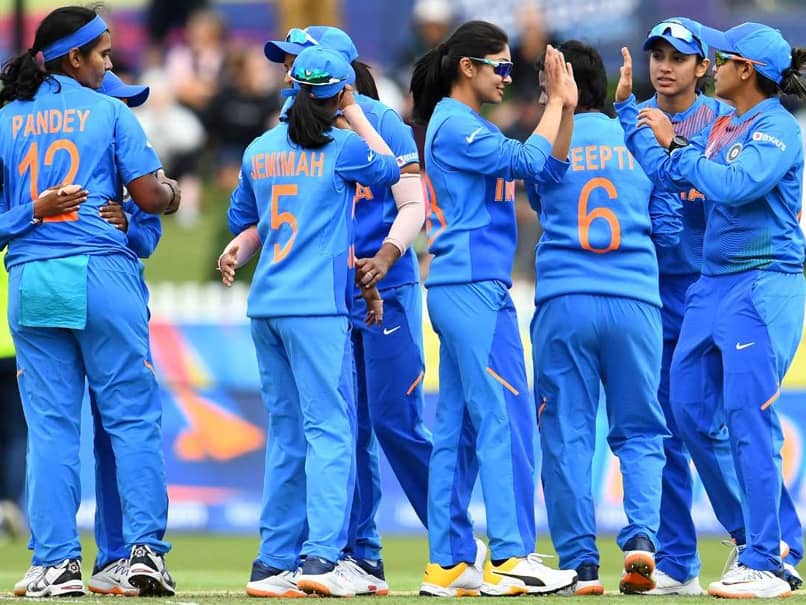 India vs England Highlights: The first semi-final was called-off without a ball being bowled.© AFP

The Indian women's cricket team entered their maiden T20 World Cup final on Thursday after rain washed out the semi-final clash against England in Sydney. There was no reserve day for the semis in the ongoing tournament and Cricket Australia's request for a reserve day was declined by the International Cricket Council on Wednesday. India booked a place in the final as they finished their group on top with four wins out of four games. The last time these two sided met in this competition, India had lost to England by eight wickets. India will now face the winner of the second semi-final that will be played between South Africa and Australia at the Sydney Cricket Ground. In case of another washout, South Africa will qualify on the virtue of most wins in their group. (SCORECARD)

England Women Harmanpreet Kaur Shafali Verma Women's T20 World Cup Cricket Live Score Live Cricket Score Live Blogs India Women vs England Women, 1st Semi-Final
Get the latest updates on India vs Australia Series, check out the India vs Australia Schedule for 2020-21 and Ind vs Aus live score . Like us on Facebook or follow us on Twitter for more sports updates. You can also download the NDTV Cricket app for Android or iOS.