IND vs ENG: Harmanpreet Kaur Says Winning T20 World Cup Will Get The Team Lot Of Love In India 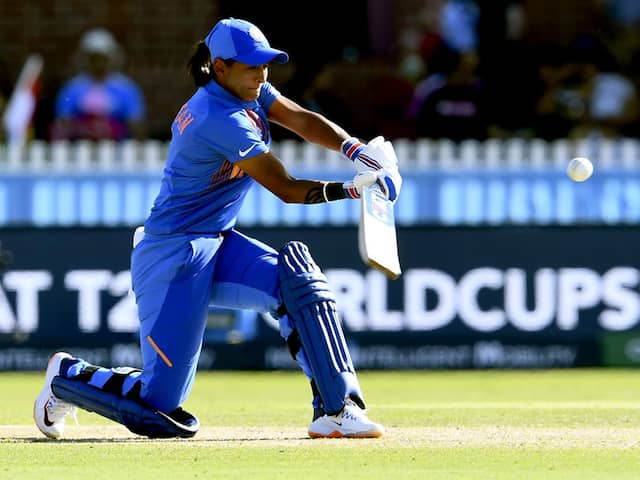 Harmanpreet Kaur credited the team for topping the group by winning all their matches.© AFP

It was double delight for captain Harmanpreet Kaur as India entered their maiden T20 World Cup final and in attendance, for the first time in her international career, were her parents. An unbeaten run in the group stage propelled India into the final after their last-four clash against England was washed out here on Thursday. The Harmanpreet-led team progressed by virtue of topping their group in the round-robin stage of the tournament while England were ousted as they had finished second in their pool.

"It was the first time they were going to watch me playing cricket since my dad did when I was in school, and my mother has never watched me play cricket," Harmanpreet said at the post-match conference.

"They wanted to see today's game, but unfortunately, they didn't get to watch.

"It means a lot because from day one I wanted them to watch me playing cricket and today I got this opportunity. They have come here to watch all of us playing, and I hope we get all support from all the parents and try to win this tournament."

Her parents will remain in Australia to watch India play in the final at the iconic MCG, which will take place on her 31st birthday.

After the abandoned match, the India skipper thought scheduling a reserve day for the semifinals would be a great idea.

"Unfortunate we didn't get a game, but there are rules and we have to follow it. Having reserve days in the future will be a great idea," she said.

India entered the semifinals with a 100 percent win record, having beaten hosts Australia, New Zealand, Bangladesh and Sri Lanka in Group A, and Harmanpreet said the team knew the importance of winning all matches from the beginning.

"From day one, we knew we have to win all the games because in case the semis don't happen, that would be hard for us. In that sense, credit to the team for winning all the games," she added.

It will be India's first-ever appearance in the final of the women's T20 World Cup, having fallen short in 2009, 2010 and 2018. The skipper is relishing being part of the showpiece and feels it's shaping up to be a special occasion for the sport as a whole.

"We were hoping we'd get there because everybody's feeling very positive about women's cricket at the moment. We'll get a lot of attention back home because everyone wants us to play good cricket and they're expecting us to do well."

"We will try to give our best. If we win, definitely we'll get a lot of attention and a lot of love from back home. Hopefully, like we got in the 2017 World Cup Final, we'll get a very good day for women's cricket," Harmanpreet concluded.

Melbourne Cricket Ground Women's T20 World Cup Cricket
Get the latest updates on IPL 2020, check out the IPL Schedule for 2020 and Indian Premier League (IPL) Cricket live score . Like us on Facebook or follow us on Twitter for more sports updates. You can also download the NDTV Cricket app for Android or iOS.