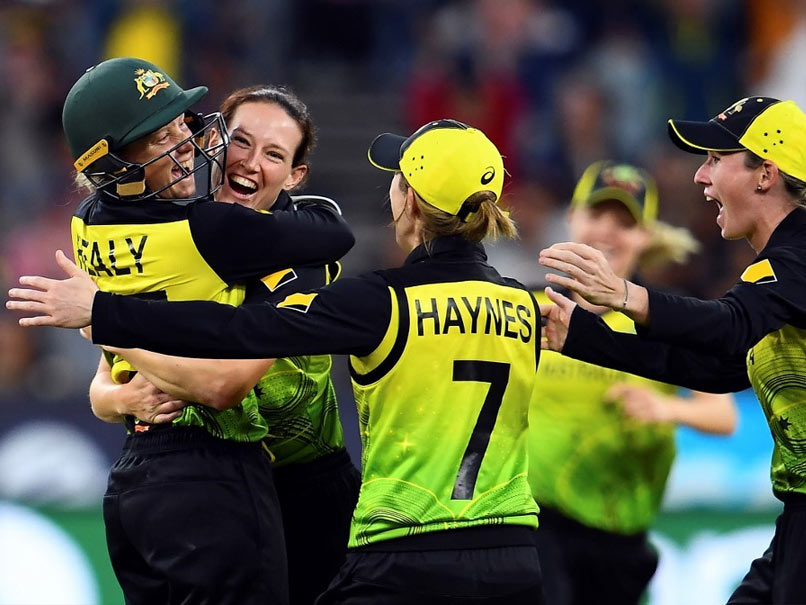 Australia bowled India out for 99 runs to clinch the final by 85 runs for a record-extending fifth Women's T20 World Cup title at the Melbourne Cricket Ground (MCG) on Sunday. Chasing a huge total of 185, India got off to a poor start and lost four wickets inside the powerplay overs. India could never recover from the early blows and were bowled out for 99 runs in 19.1 overs. Earlier, Australia riding on half-centuries from openers Alyssa Healy and Beth Mooney posted a massive total on the board. Healy blasted 75 off 39 balls, while Mooney scored an unbeaten 78. Healy, whose husband Mitchell Starc jetted back from Australia's tour of South Africa to watch her play, showed intent straight away with a boundary off Deepti Sharma's first ball. She smacked two more in an eventful opening over which also saw her dropped by Shafali Verma. Opening partner Mooney also had an early let-off, with Rajashwari Gayakwad putting down a caught and bowled chance when she was on eight. India was nervous and their fielding poor, with the batswomen running quick singles. Skipper Meg Lanning was caught for 16, Ashleigh Gardner lasted just three balls and Rachael Haynes made only four. But the late fightback wasn't enough to prevent Australia posting the highest score ever in a women's T20 World Cup final. (SCORECARD)

Melbourne Cricket Ground Women's T20 World Cup Cricket India Women vs Australia Women, Final Live Score Live Cricket Score Live Blogs
Get the latest updates on ICC T20 Worldcup 2022 and CWG 2022 check out the Schedule, Live Score and Medals Tally. Like us on Facebook or follow us on Twitter for more sports updates. You can also download the NDTV Cricket app for Android or iOS.