Former Australia fast-bowler Brett Lee bowled a few deliveries to six-year-old Taanisha Sen and was impressed with her batting prowess. 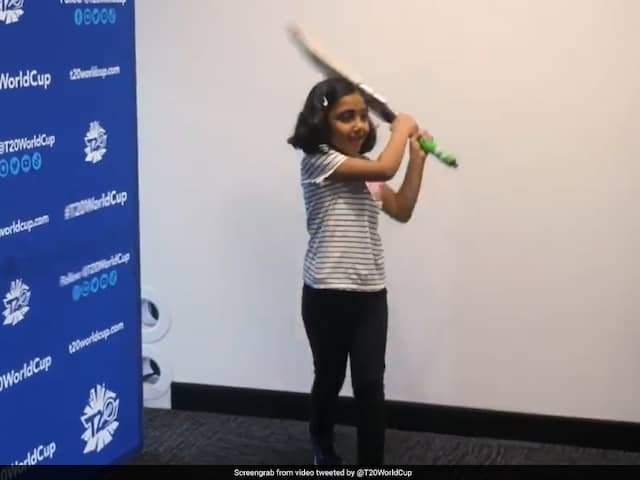 Women's T20 World Cup is in last phase and India will take on the defending champions Australia in the title clash at the iconic Melbourne Cricket Ground on Sunday. Ahead of the summit clash, T20 World Cup's official Twitter handle on Friday posted a video of a six-year-old girl showcasing her batting skills against former Australia fast-bowler Brett Lee. Taanisha Sen, 6, played a straight drive first and when Brett Lee asked her to pull the ball, she aced the shot. Impressed with the youngster, Brett Lee compared her to India batting great Sachin Tendulkar. "I'm nervous, it's like I'm seeing Sachin Tendulkar as a girl when he was six. This is incredible," Brett Lee said in the video.

"A six-year-old, holding her own against @BrettLee_58. @Neroli_Meadows introduces us to a star of the future, @Taanisha_Sen," the video was captioned by T20 World Cup's Twitter handle.

A six-year-old, holding her own against @BrettLee_58 @Neroli_Meadows introduces us to a star of the future, @Taanisha_Sen pic.twitter.com/0xgljgt2FP

When asked about her favourite shot, the six-year-old revealed that she likes playing the cover drive.

Taanisha, later in the video, revealed that India opening batter Smriti Mandhana is her favourite cricketer.

Lee was excited to see a six-year-old girl with such vast range of shots. The fast bowler said that he can't wait to watch her play for her country.

"I can't see a reason why she can't go on to represent her country," Lee said.

On Thursday, India entered their maiden Women's T20 World Cup final after their semi-final clash against England was washed out due to rain.

India qualified for the finals as they finished their group on the top with four wins out of four games.

In the second semi-final hosts Australia defeated South Africa by five runs to seal a place in the final.

Brett Lee Women's T20 World Cup Cricket
Get the latest Cricket news, check out the India cricket schedule, Cricket live score . Like us on Facebook or follow us on Twitter for more sports updates. You can also download the NDTV Cricket app for Android or iOS.