WI vs IND 2nd Test Day 1 Highlights: Jason Holder was the pick of the bowlers for the West Indies as he finished with three wickets on the first day. 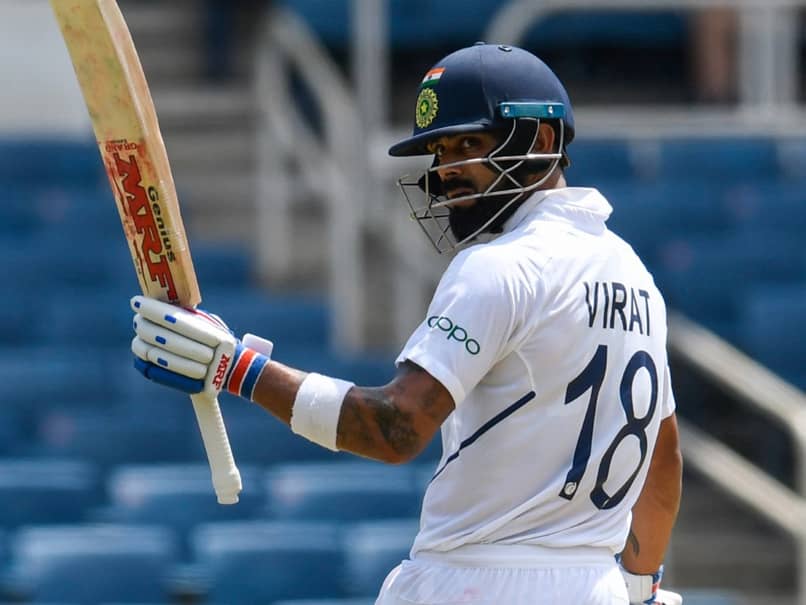 India laboured their way to 72 for 2 under testing conditions after opener K L Rahul and Cheteshwar Pujara were dismissed cheaply in the opening session of the second World Test Championship match against the West Indies here on Saturday. Rahul and Pujara were out for 13 and 6 respectively after India were put into bat on a Sabina Park pitch which had some grass on it. Captain Virat Kohli and the other opener Mayank Agarwal were batting at 41 off 99 balls and 5 off 30 deliveries respectively at the lunch break. After West Indies captain Jason Holder opted to field, Rahul and Agarwal negotiated the first half an hour without taking any risk on a tricky pitch. Opening bowlers Kemar Roach and Shannon Gabriel, however, could not get much movement from the pitch. Holder introduced himself in the seventh over and immediately got the breakthrough by having the wicket of Rahul to break the 32-run opening stand. (SCORECARD)

West Indies Cricket Team West Indies vs India 2019 Live Score Live Cricket Score Live Blogs West Indies vs India, 2nd Test Cricket
Get the latest updates on IPL 2020, check out the IPL Schedule for 2020 and Indian Premier League (IPL) Cricket live score . Like us on Facebook or follow us on Twitter for more sports updates. You can also download the NDTV Cricket app for Android or iOS.