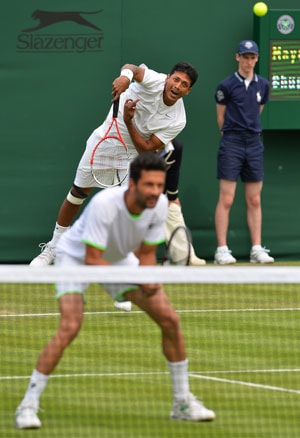 Mayer-Ramos returned the favour by breaking the Indo-Austrian duo in the first game of the second set and won on their serve to make it 2-0. Bhupathi and Knowle broke back to level the set 5-5 and pushed the match into a tiebreaker. However, the decided did not go in their favour, losing 5-7.

The Indo-Austrian combination needed four break points in the third set to step ahead of Mayer and Ramos to take the set and lead the match 2-1.

The eighth seeds were in their elements easily breaking Mayer and Ramos twice in the fourth set and bagging their service games to love to take the set and match.

In the second round Bhupathi-Knowle will take on American-German duo Nicholas Monroe and Simon Stadler, who ousted another Indian pair Purav Raja and Divij Sharan in the first round.