US Open: Serena Williams gets chance for revenge against Sloane Stephens

Williams, who at 31 could become the oldest US Open women's champion, and Stephens have not played since the 20-year-old phenom beat the four-time US Open champion 3-6, 7-5, 6-4 in an Australian Open quarter-final last January. 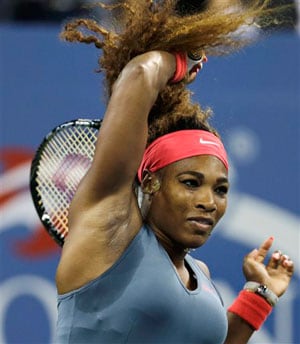 World number one Serena Williams will have the chance to avenge her ouster from the Australian Open when she faces Sloane Stephens on Sunday in an emotional fourth-round showdown at the US Open.

"It's going to be tough," Williams said. "Sloane is playing so well. I'm always so happy for her. She's doing great. I'm really proud of Sloane. It's going to be a really good match."

US 15th seed Stephens eliminated US 23rd seed Jamie Hampton 6-1, 6-3, Friday and now faces the superstar she accused of disrespectful intimidation tactics and mind games for a quarterfinal berth on the Flushing Meadows hardcourts.

"It'll be epic and something a lot of people will be looking forward to," Stephens said. "I'm excited about it."

Williams, who at 31 could become the oldest US Open women's champion, and Stephens have not played since the 20-year-old phenom beat the four-time US Open champion 3-6, 7-5, 6-4 in an Australian Open quarter-final last January.

Stephens was friendly with Williams a year ago at New York but the relationship soured after Williams beat her in a Brisbane quarter-final 6-4, 6-3 and then suffered the shock Grand Slam defeat.

Williams did not refer to Stephens by name after the Brisbane match and Stephens later derided that, plus her rival's loud screams of "Come on" during their matches and even that Williams had dropped off her list of Twitter followers.

Stephens now says the relationship has been repaired.

"Love her," Stephens said. "We're all good. We're competitors, co-workers. It's definitely tough but now we're in a good place. That's all old news now and we've moved on. We're fine. I think that's all that matters."

When it comes to the spat, Stephens she has learned from it but also has no regrets about her comments, either.

"Stay true to yourself and that's all you can do. A lot of lessons learned," she said. "I don't regret anything and I'm happy with where I'm at right now."

Stephens, ousted by eventual winner Victoria Azarenka in the Australian Open semi-finals, credits the challenge of facing Williams with sparking her to the French Open fourth round and Wimbledon quarter-finals later in the year.

"I needed to feel her taking the ball early, hitting aces, making her shots. I think that was able to help me all year," Stephens said. 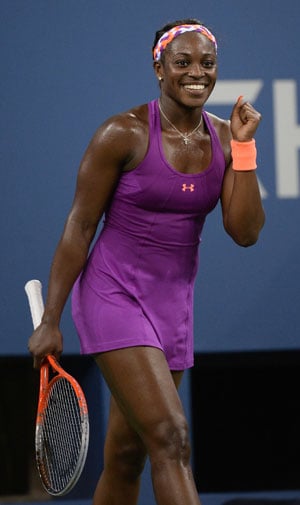 "It was very important for me the first time to just get out there and be like, 'OK, it's not as scary as I thought.'"

For her part, Williams praised Stephens during her run to the French Open title, again at Wimbledon after she crashed out before Stephens and this week.

"She's such a good player and she's so smooth," Williams said. "She just has this game and this confidence that's not easy to get. It's so good to see her doing so well. It's an honor to watch, really."

Stephens takes such remarks in stride.

"Coming from one of the greatest players to ever play the game, that feels really good. It's awesome," Stephens said. "But if you don't really live up to it, it's a wash."

Trying to do that will spice their US Open matchup.

"She is a fierce competitor. She's going to bring it to you every single time. I love her fight," Stephens said.

"She's number one in the world for a reason. She's very aggressive. She stays on top of you, doesn't give you any room to breathe. She's intense."

Comments
Topics mentioned in this article
Maria Sharapova Sania Mirza Leander Paes Sloane Stephens Yaroslava Shvedova US Open 2013 Tiger Woods Tennis
Get the latest Cricket news, check out the India cricket schedule, Cricket live score . Like us on Facebook or follow us on Twitter for more sports updates. You can also download the NDTV Cricket app for Android or iOS.