"Keep Supporting Us": Bangladesh Captain Tells Fans Ahead Of U-19 World Cup Final vs India

Bangladesh will face the mighty Indian team in the U-19 World Cup final to be held at Senwes Park, Potchefstroom on Sunday. 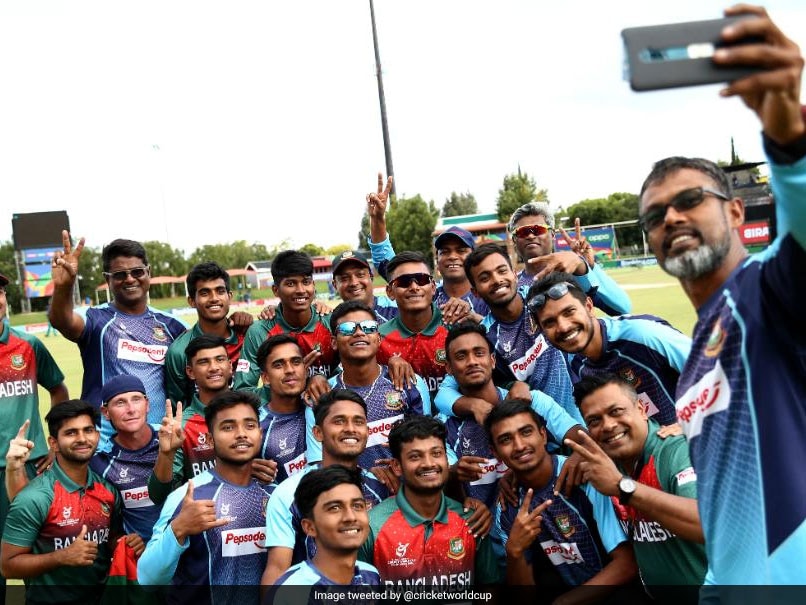 Bangladesh made history on Thursday by progressing to the final of the ICC U-19 World Cup after beating New Zealand by six wickets. It is the first time that Bangladesh are making the final of an ICC event. They now face the mighty Indian team in the title clash, who have won all their matches in the tournament thus far including a 10-wicket win over Pakistan in the semi-final. "We will play it as a normal game," captain Akbar Ali said in the post-match presentation. "We don't want to take unwanted pressure. India is a very good side. We have to play our 'A' game and do well in all three departments.

"Our fans are very passionate about their cricket. I would want to tell them, keep supporting us."

Bangladesh won the toss and chose to bowl. It turned out to be a good decision with New Zealand being restricted to 211/8.

"Winning the toss, the bowlers did a splendid job to restrict them to 211. Our three spinners have been bowling well and we had specific plans against New Zealand," Akbar said.

It was not an easy start to the chase for Bangladesh but centurion Mahmudul Hasan Joy anchored the middle-order which took the game away from New Zealand. His 101-run stand with Shahadat Hossain all but took Bangladesh past the finishing line.

"Then we needed a couple of partnerships and our batters did it. The way they (the two partnerships) batted was exceptional. It is very enjoyable to watch our batters," said Akbar.

New Zealand captain Jesse Tashkoff admitted that it was a tough toss to lose and that his team did not have enough runs on the board.

"Not enough runs. It was a tough toss to lose," he said. "There was some moisture on the pitch, but credit to them for the way they bowled. Once the sun came down, it got harder to bowl, but they batted really well. We had played them in the series at home and in a warm-up game before the World Cup, but this was also the first game where we were batting first in this World Cup."

He, however, said that he is proud of how the team played throughout the tournament.

"We won just a handful of games coming in, and to finish in the top four is something we can be proud of," he said.

India U19 Under 19 World Cup 2020 Cricket
Get the latest updates on IND vs NZ 2021, check out the Schedule and Live Score . Like us on Facebook or follow us on Twitter for more sports updates. You can also download the NDTV Cricket app for Android or iOS.