Priyam Garg said they have the best bowling attack as their fast bowlers bowl in excess of 140 kmph and the spinners also complement them really well. 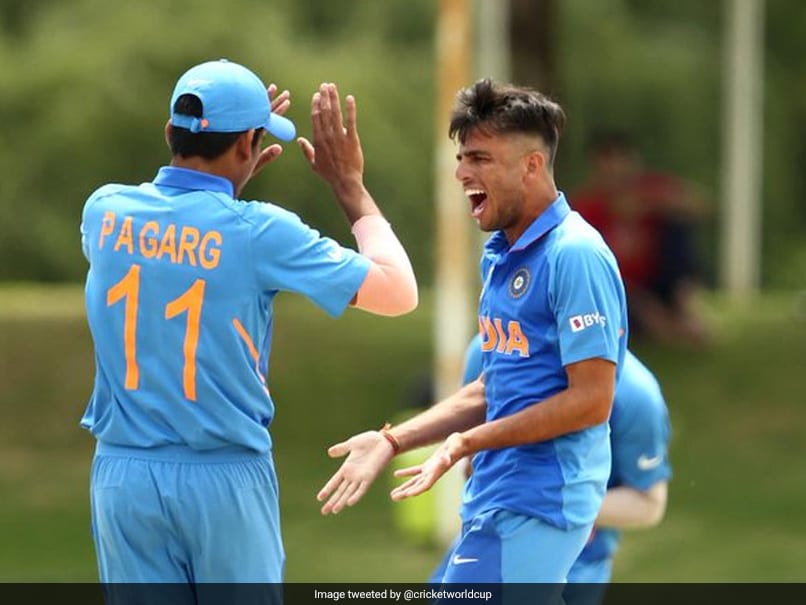 Priyam Garg hailed Indian bowlers for restricting Pakistan to a modest total in the semis.© Twitter

India captain Priyam Garg rated their bowling attack as the best in the tournament after the colts strolled to the final of the Under-19 World Cup with a 10-wicket win over Pakistan in Potchefstroom, South Africa. In what is the first ever 10-wicket win in knockouts of the U-19 World Cup, Yashasvi Jaiswal scored a century as he and opening partner Divyaansh Saxena helped India chase down a target of 173 without losing a wicket.

Pakistan were skittled out for 172 and then it was a cakewalk for Jaiswal who remained unbeaten on 105 with Saxena not out on 59 as India won in 35.2 overs scoring 176.

"It is just one step closer to what we want to achieve.

"I think our bowling attack is the best in this tournament. Our quicks bowl 140+ and our spinners do complement them really well," said Garg after the victory.

On the batters he said: "It isn't the first time that the openers are playing like this. They have been doing it for the last one year, they come from the same state, they understand each other and have good understanding while running between the wickets.

"I would like to focus on the same processes and treat the finals like just another game."

They will now face either Bangladesh or New Zealand whose semi-final match will be played on Thursday. The final is scheduled to be played on Sunday.

Pakistan U19 Priyam Garg Ravi Bishnoi Sushant Mishra Kartik Tyagi Senwes Park, Potchefstroom Under 19 World Cup 2020 Cricket India Under-19 vs Pakistan Under-19, Super League Semi Final 1
Get the latest updates on Fifa Worldcup 2022 and check out  Fifa World Cup Schedule, Stats and Live Cricket Score. Like us on Facebook or follow us on Twitter for more sports updates. You can also download the NDTV Cricket app for Android or iOS.