India will aim for a record extending fifth title and their second in a row when they take on Bangladesh in the final of the ICC U-19 World Cup on Sunday. 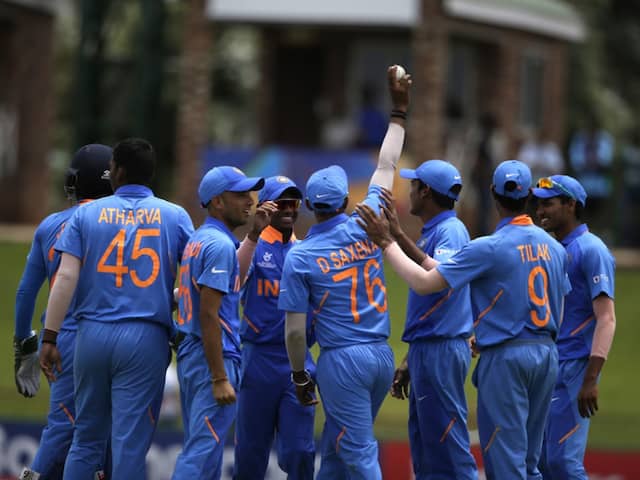 Cheteshwar Pujara said he has been following the tournament.© AFP

India face Bangladesh in the final of the ICC U-19 World Cup on Sunday. While this is the first time that any Bangladesh team have reached the final of any ICC tournament, India are looking to win a record extending fifth title and their second in a row. The senior India, a few of whom have played and won the tournament in their younger years, sent their wishes to the colts. The Board of Control for Cricket in India put up a video of the stars of the team sending their best wishes to their U-19 counterparts from New Zealand.

Wishes galore all the way from New Zealand for the U19 team ahead of the #U19CWC final. #TeamIndia @cheteshwar1 @vijayshankar260 @Wriddhipops @ajinkyarahane88 pic.twitter.com/oCucTeOBzE

The video featured Cheteshwar Pujara, who said that he has been following the tournament. "Would just like to tell you guys to keep following the same process, don't take any extra pressure for the final. Just keep playing your natural game and I'm sure that you guys will bring home the cup," said Pujara.

"Keep dominating the way you always have been," said Saha.

"No matter which opponent you are facing, just blast them away!"

"Play the way you have been playing guys," said Rahane.

"We all are supporting you and the whole nation is behind you."

Ajinkya Rahane Cricket Under 19 World Cup 2020
Get the latest Cricket news, check out the India cricket schedule, Cricket live score . Like us on Facebook or follow us on Twitter for more sports updates. You can also download the NDTV Cricket app for Android or iOS.