The Ashes: Mitchell Starc Ruled Out, Jackson Bird In For Boxing Day Test Against England

Mitchell Starc, who currently is the leading wicket-taker in the ongoing Ashes 2017/18 series with 19 scalps to his name, has been replaced with Jackson Bird. 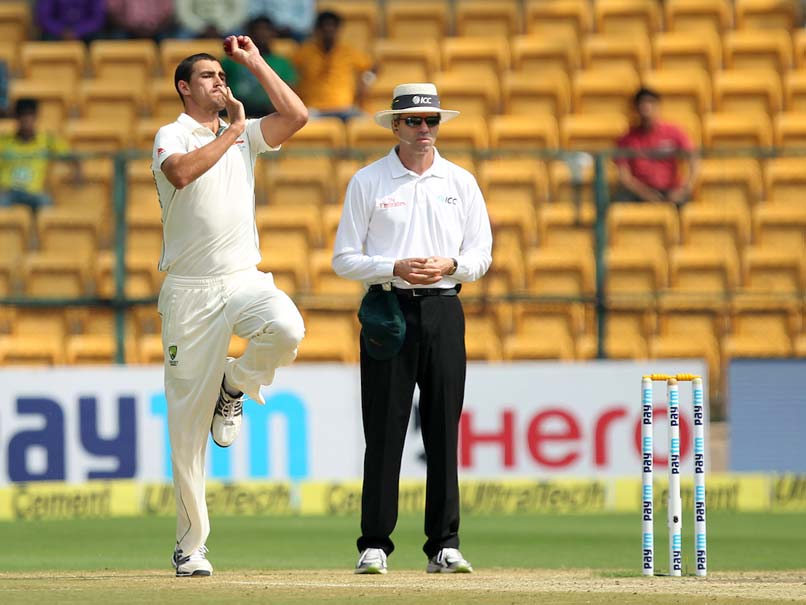 Mitchell Starc is hoping to be fully fit for the final Ashes Test in Sydney.© AFP

Australia suffered a massive injury setback ahead of the fourth Test starting on December 26 at the Melbourne Cricket Ground with pace spearhead Mitchell Starc ruled out due to a heel injury. The left-arm pacer, who currently is the leading wicket-taker in the ongoing Ashes 2017/18 series with 19 scalps to his name, has been replaced with Jackson Bird. Starc had injured his heel while bowling during the fourth Test, which Australia won in Perth last week to regain the Ashes. Reports last week had claimed that Starc had been cleared of a serious foot injury, however, he has failed to recover in time for the Boxing Day Test.

While Starc had been optimistic about his chances of playing, Australia's selectors took a cautious approach with their star paceman ahead of a key series against South Africa early in the new year.

Starc said he hoped to return for the series-ending Sydney Test on January 4.

"It's never nice to miss but it would be pretty selfish of me to go in to a game not at 100 percent," he told reporters.

"It's nice that we have won the series and we can play it a little bit safer now.

"I think the discussions (with selectors) lasted about 30 seconds... and it gives me a good chance now to have a bit of time off it over the next few days and give me a really good chance for Sydney."

Starc's withdrawal continues his run of bad luck in the Melbourne Cricket Ground showpiece. He has played in just one Boxing Day Test since making his debut in 2011.

Last year Starc scored 84 with the bat and took a match-sealing four-wicket haul in a final-day win against Pakistan there.

Bird said he was ready for his first Test in a year.

"I've been ready to go for 12 months basically," he told reporters.

"I had a week in the Perth nets working on a few different things with bowling coach David Saker.

"It'd be unbelievable to play an Ashes Test on Boxing Day."

Meanwhile, wicketkeeper Tim Paine is expected to play after joining his teammates at training on Sunday after initially remaining at home in Hobart after his father-in-law suffered a stroke.

Comments
Topics mentioned in this article
Australia Cricket Team England Cricket Team Mitchell Starc Jackson Bird The Ashes 2017-18 Cricket
Get the latest updates on IPL 2021, IPL Points Table , IPL Schedule 2021 , live score . Like us on Facebook or follow us on Twitter for more sports updates. You can also download the NDTV Cricket app for Android or iOS.