Graeme Swann and Adam Gilchrist will be on the same commentary team for the Ashes series. 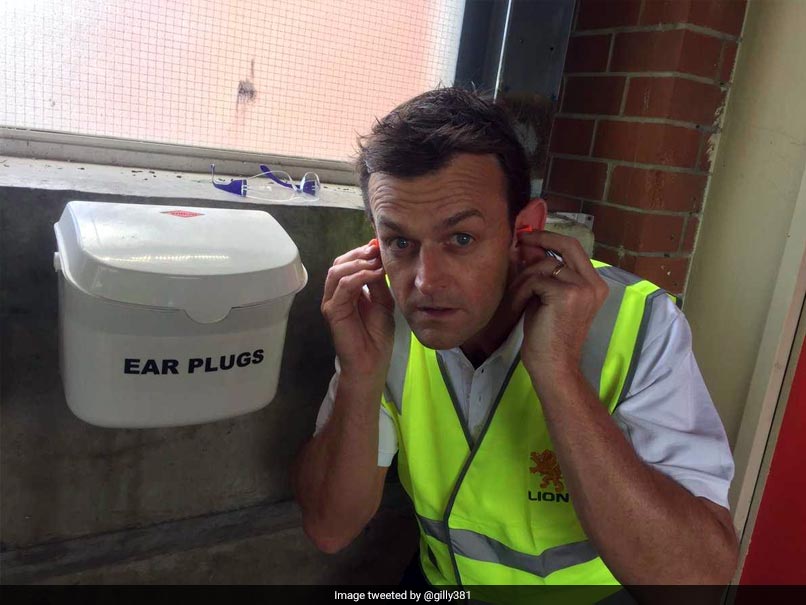 There seems to be no end to the banter between current and former Australia and England cricketers ahead of the first Ashes Test at The Gabba, Brisbane starting on Thursday. With the current crop of players from both teams firing verbal shots one after another, it came as no surprise when former stars carried forward the banter. Replying to a tweet posted by Australia's Adam Gilchrist, former England off-spinner Graeme Swann poked fun at Gilchrist's ears, dubbing them as "satellite dishes".

Gilchrist put out a tweet on Tuesday with a picture of him trying on some ear plugs and captioned it: "Time to get in on the #Ashes twitter war of words. Getting ready for my commentary stint with @Swannyg66 on @btsportcricket tomorrow."

Time to get in on the #Ashes twitter war of words. Getting ready for my commentary stint with @Swannyg66 on @btsportcricket tomorrow pic.twitter.com/4bxBkQZJfM

Swann just couldn't resist at getting one up on his Australian counterpart before things spice up on the field and wrote: "Just how many ear plugs can you fit in those satellite dishes...?????."

Just how many ear plugs can you fit in those satellite dishes...? https://t.co/AmYFiMtmpI

Gilchrist replied to the Englishman with a string of emoticons.

The back and forth between the two left fans on Twitter in splits.

Banter in the commentary box, sledging on field

Meanwhile, Australia announced their playing XI for the first Ashes Test, starting on Thursday. The hosts received a massive boost with star opener David Warner being included in the team, despite suffering a neck injury during training this week.

"He'll be OK. It's part and parcel of playing cricket. Guys have injuries every now and then and have little niggles. He's improved a fair bit over the last 24 hours and hopefully he can keep improving and be 100 percent at match time."

Fast bowlers Chadd Sayers and Jackson Bird were left out of the team after being chosen in the original 13-man squad.

Comments
Topics mentioned in this article
England Cricket Team Australia Cricket Team Graeme Swann Adam Gilchrist The Ashes 2017-18 Cricket
Get the latest updates on IPL 2020, check out the IPL Schedule for 2020 and Indian Premier League (IPL) Cricket live score . Like us on Facebook or follow us on Twitter for more sports updates. You can also download the NDTV Cricket app for Android or iOS.