The Ashes: Australia Aim To Extend Dominance In Final Test

Australia, denied a sweep in the Ashes series, will be keen to seal a 4-0 verdict. 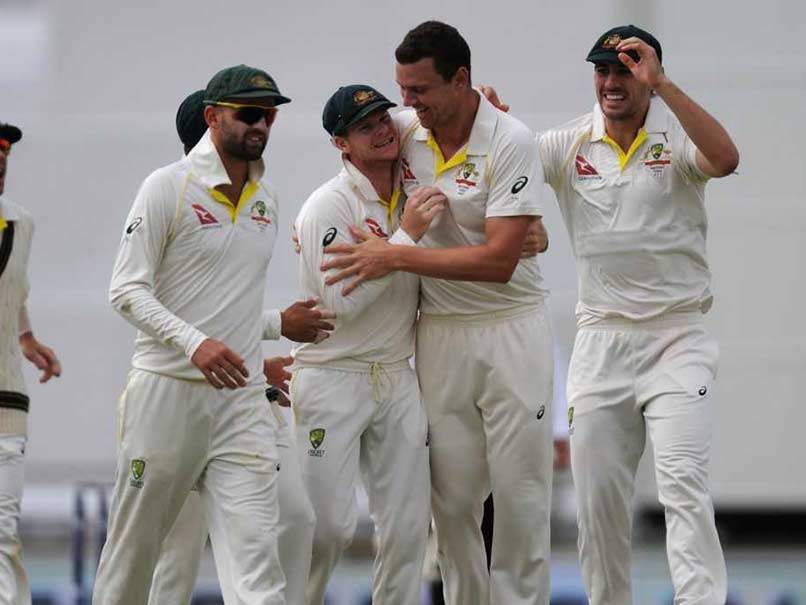 Australia will look to continue their dominance over a hapless England side when they face off in the fifth and final Ashes Test at the Sydney Cricket Ground from Thursday. Having already regained the urn with an unassailable 3-0 lead, the hosts were further bolstered by the return of their pace spearhead Mitchell Starc after recovering from a bruised heel and skipper Steven Smith brushing off concerns about his fitness on the eve of the match. Starc, who claimed 19 wickets in the first three Tests to help Australia wrest back the Ashes, missed the drawn Boxing Day fourth game in Melbourne before confirming his fitness on Wednesday.

Confirming the playing XI with the inclusion of Starc as the only change in place of Jackson Bird, Smith said he would be leading his side out on Thursday despite missing trainingon Tuesday because of a bad back.

"It's a little bit stiff but nothing I haven't dealt with before. I'll have a good hit and a good catch today and I'll be fine tomorrow," Smith told reporters here.

"I love batting out here at the SCG, it's my home ground and I've made a few good scores. So hopefully I can continue the run," added Smith, who has accumulated a series-leading 604 runs so far.

In contrast, the visitors will hand a debut to leg-spinner Mason Crane after all-rounder Chris Woakes was ruled out of the match with an injury, captain Joe Root confirmed on Wednesday.

Woakes pulled up a side strain after the fourth Test at the Melbourne Cricket Ground (MCG), which was rated as "poor" by the International Cricket Council (ICC).

The 27-year-old's enforced absence will be the only change to a struggling English side, which will aim for a turnaround in fortune in the new year.

Woakes's injury has probably resulted in a reprieve for out-of-form all-rounder Moeen Ali, who had been expected to make way for 20-year-old Crane.

Crane, who played at the SCG for New South Wales last year during a highly successful stint with the Gordon club, will become the youngest England spinner to make his Test debut for 90 years.

Comments
Topics mentioned in this article
Australia Cricket Team England Cricket Team The Ashes 2017-18 Cricket
Get the latest updates on Fifa Worldcup 2022 and check out  Fifa World Cup Schedule, Stats and Live Cricket Score. Like us on Facebook or follow us on Twitter for more sports updates. You can also download the NDTV Cricket app for Android or iOS.