ICC rated the Melbourne pitch as 'poor' under the ICC Pitch and Outfield Monitoring Process. 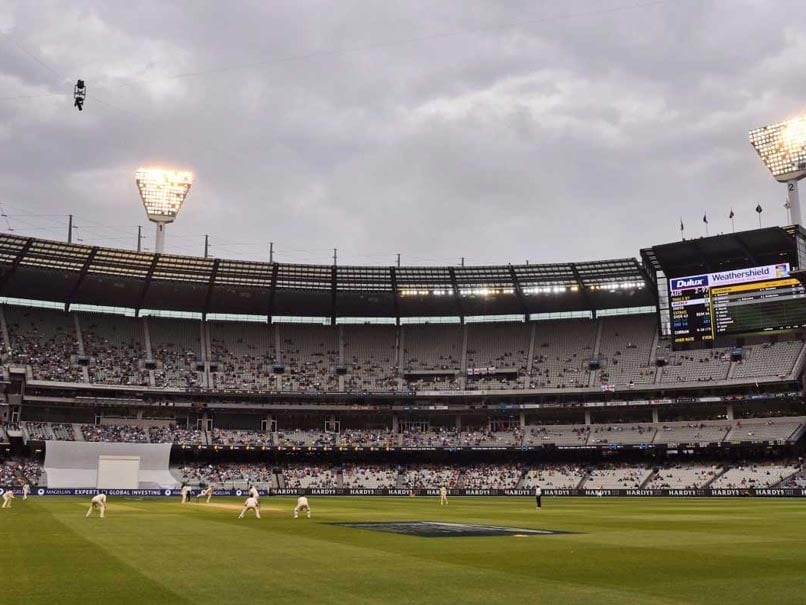 The fourth match between Australia and England played at Melbourne ended in a draw.© AFP

The International Cricket Council (ICC) on Tuesday announced that the Melbourne pitch used for the fourth Test between Australia and England has been rated "poor" under the ICC Pitch and Outfield Monitoring Process. ICC Match Referee Ranjan Madugalle submitted his report to the ICC expressing the concerns of the match officials over the performance of the pitch which saw Australia scoring 327 and 263 for four declared, and England scoring 491 in their only innings. This report has been forwarded to Cricket Australia, who now have 14 days to provide their response.

Madugalle said, "The bounce of the MCG pitch was medium, but slow in pace and got slower as the match progressed. The nature of the pitch did not change over the five days and there was no natural deterioration. As such, the pitch did not allow an even contest between the bat and the ball as it neither favoured the batsmen too much nor it gave the bowlers sufficient opportunity to take wickets."

The MCG Test was the last Test to be rated under the current ICC Pitch and Outfield Monitoring Process, with a revised process coming into effect in men's and women's international cricket from Thursday, 4 January 2018, following the conclusion of the New Zealand versus Windies T20I series which ends in Mount Maunganui on Wednesday.

The major change in the revised ICC Pitch and Outfield Monitoring Process is to the sanctioning system for venues which present substandard conditions for international matches. If a pitch or outfield is rated as being substandard, that venue will be allocated a number of demerit points.

Demerit points will remain active for a rolling five-year period.

Comments
Topics mentioned in this article
Australia Cricket Team England Cricket Team Melbourne Cricket Ground The Ashes 2017-18 Cricket
Get the latest updates on Fifa Worldcup 2022 and check out  Fifa World Cup Schedule, Stats and Live Cricket Score. Like us on Facebook or follow us on Twitter for more sports updates. You can also download the NDTV Cricket app for Android or iOS.