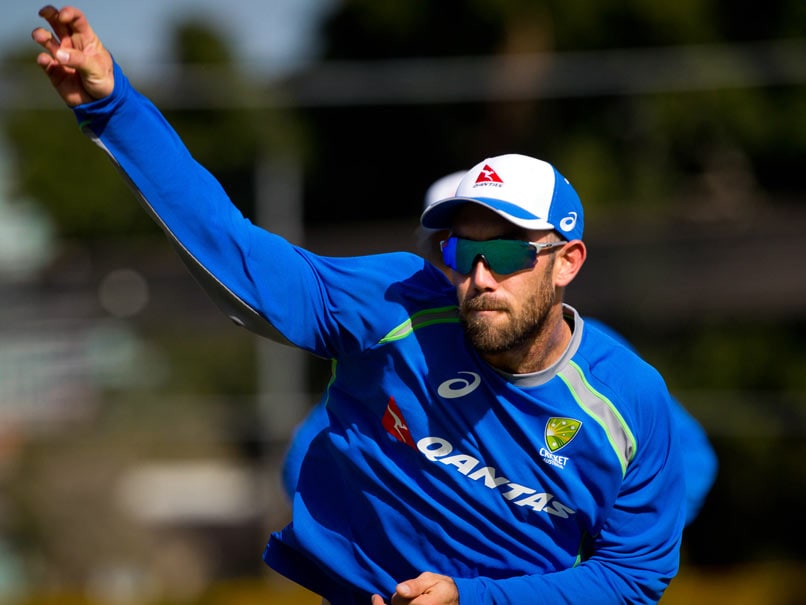 Hohns said the selection panel wanted to have another look at Lynn, while seeking more consistency from Maxwell. "No one is in any doubt about Glenn's ability or his potential to produce match-winning contributions with the bat," Hohns said.

"What we have wanted from him is more consistency but in his past 20 matches in this format he has averaged 22 and we need more than that from a player in the side's batting engine room."

He added that Maxwell was "still absolutely in our thoughts" but they opted for Lynn who is now back playing after a shoulder injury hampered him when he was picked against Pakistan 12 months ago.

"Chris has been one of the most feared players at domestic level in limited-overs cricket in the past couple of years and we want to see if he can convert that domestic form to the international stage," said Hohns.

Hohns said Paine had seized his opportunity behind the stumps during the Ashes after being preferred to Wade.

"Tim forced his way into the Twenty20 International squad last summer, and after coming back into the Test squad at the beginning of the Ashes series he has made a terrific contribution with bat and gloves," he said.

"He deserves his opportunity in this form of the game and the challenge for Matthew is to return to the type of form that saw him score an ODI hundred against Pakistan last summer."

Hohns said selectors wanted the firepower of Starc, Hazlewood and Cummins in the one-day series and had added extra pacemen Jhye Richardson and Andrew Tye in the squad to share the workload.

"With our defence of the ICC Cricket World Cup just 17 months away, we are seeking to get a squad in place that can form the basis of the line-up for that campaign," Hohns said.

"At the same time we want to regain ground in the ODI rankings, given we have slipped from the number one position over the past 12 months.

"There will still be further opportunities for players to force their way into the reckoning for the squad to go to England and Wales in 2019.

"But the sooner we can settle on our best combination and get them playing together and in form on a regular basis then the better our chances will be of retaining the trophy."

Comments
Topics mentioned in this article
England Cricket Team Australia Cricket Team Matthew Wade Glenn Maxwell The Ashes 2017-18 Cricket
Get the latest updates on ICC T20 Worldcup 2022, check out the Schedule and Live Score. Like us on Facebook or follow us on Twitter for more sports updates. You can also download the NDTV Cricket app for Android or iOS.