The Ashes, 5th Test: Mitchell Starc 'Ready' To Go, Ashton Agar Likely To Sit Out Against England In Sydney 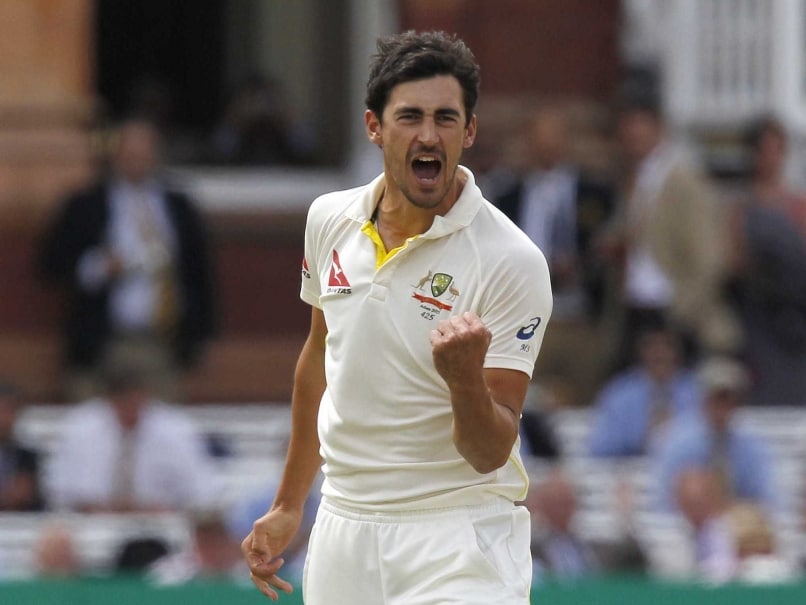 Pace spearhead Mitchell Starc is in line to return to Australia's bowling line-up with second spinner Ashton Agar unlikely to play in Thursday's final Ashes Test against England. Captain Steve Smith said Starc was "ready to go" after bowling this week in the nets after missing the drawn fourth Melbourne Test with a bruised heel. "Starcy has pulled up pretty well this morning and he says he's ready to go. I guess that's a good indication," Smith told reporters on Wednesday. Agar's chances of playing in his fifth Test, bowling in spin tandem with Nathan Lyon, have also been downgraded with extra grass on the Sydney Cricket Ground pitch.

"The wicket's got a fair bit of grass and looks to be a pretty good wicket," Smith said.

"I'd say we'll probably opt for just the one spinner. Nathan's done a terrific job throughout this series and I'd say we'll go down that route."

Australia have already clinched the Ashes with an unassailable 3-0 lead in the five-Test series ahead of the Sydney finale.

Left-armer Starc is the leading wicket-taker in the series with 19 despite only playing three Tests and will boost Australia's pace attack after he missed out in Melbourne, giving way to Jackson Bird who went wicketless.

Smith, who has dominated the series with three centuries in his tally of 604 runs in six innings at an astonishing average of 151, has been troubled this week by a sore back, but said he will play.

"A little bit stiff but nothing I haven't dealt with before," Smith said.

"I'll have a good hit today, a catch, and I'll be fine tomorrow."

Smith has spent more than 31 hours at the batting crease against England in this series, becoming Australia's first captain to score 600 or more runs in an Ashes campaign since Don Bradman.

Another century in Sydney will see him join Bradman, Herbert Sutcliffe and Wally Hammond as the only men to score four hundreds in the same Ashes series.

The Australia skipper averages 63.55 in his 60 Tests which places him only behind Bradman's pinnacle of 99.94.