Trailing 3-0 and the Ashes lost, England are considering a possible team change for the fifth Sydney Test with Moeen Ali's place under threat and Crane pushing for his first cap. 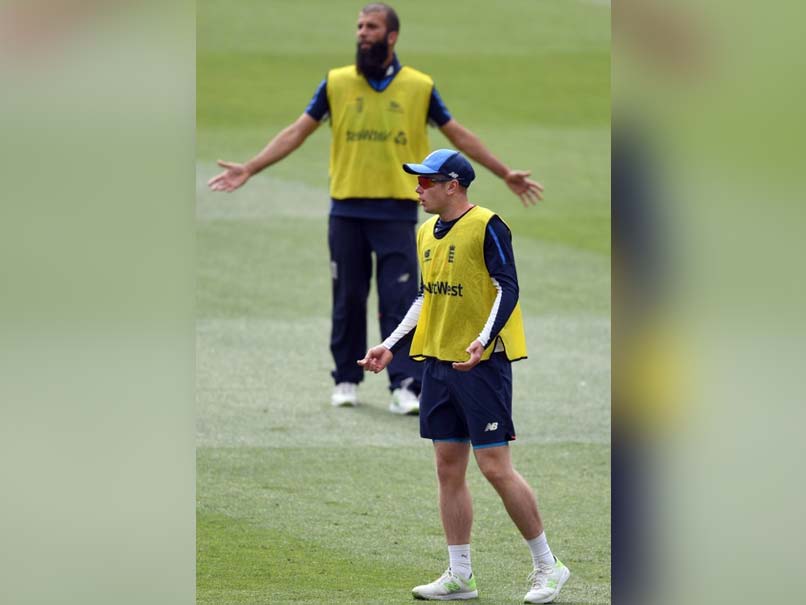 Leg-spinner Mason Crane's experience playing in Sydney may prove the clincher to earn him a debut as England try to salvage their Ashes series with a win over Australia in Thursday's final Test. Trailing 3-0 and the Ashes lost, England are considering a possible team change for the fifth Sydney Test with Moeen Ali's place under threat and Crane pushing for his first cap.

Moeen has played 48 Tests and came to Australia as an accomplished all-rounder but he has under-performed, taking only three wickets and averaging 19 with the bat.

The Sydney Cricket Ground has a reputation as a turning wicket, enhancing Crane's chances of playing.

Crane, who was impressing in Sydney club cricket, was called up by NSW and took five wickets in the Sheffield Shield victory against South Australia.

"With the series lost it gives us the opportunity to look at some different people," England's Australian coach Trevor Bayliss said this week.

Asked if Crane was ready for Test cricket, Bayliss added: "There's maybe no time like the present to find out.

"We think he's a guy that has got the goods and the more he plays at this level the better he will get. You have got to start somewhere."

England outplayed Australia for large tracts of last week's fourth Test in Melbourne only for Steve Smith to bat out the entire last day with an unbeaten century for a draw.

Prior to Melbourne, experienced pair Alastair Cook and Stuart Broad were having lean series and under pressure for their spots.

But Cook carried his bat with an unbeaten 244 in the highest Test score at the Melbourne Cricket Ground by an overseas player, while Broad bounced back to form with five wickets in the match.

"We are a better team than what we've played on this trip and that is a benchmark for our side moving forward," captain Joe Root said after the Melbourne draw.

"We will try to make sure that we go one better in Sydney and get the win that we want."

But to break through in Sydney, where they have won twice in the last four Ashes Tests, England must find a way of shackling the freescoring Smith.

Smith has enjoyed a phenomenal series, scoring three centuries -- including a Test best 239 in Perth -- to amass 604 runs in six innings at an astonishing average of 151.

The Australia skipper, who averages 63.55 in his 60 Tests, is now in outright second place for the highest-ever ICC ranking points behind Don Bradman.

"I'm adapting to each of the bowlers, I'm changing my plans to them and how they're trying to get me out," Smith said.

"Hopefully, I can just keep working and keep getting better as well."

Root said his team had to keep believing they can get Smith out.

"We just have to keep trying every option if he does get in and if it is a good surface to bat on, and keep trusting and believing in what we do," Root said.

Pace spearhead Mitchell Starc, who missed the Melbourne Test with a bruised heel, is vying with recalled off-spinner Ashton Agar to likely replace Jackson Bird in the final Australia XI.

Comments
Topics mentioned in this article
England Cricket Team Australia Cricket Team Moeen Ali Mason Crane Joe Root Steven Smith Sydney Cricket Ground (SCG), Sydney The Ashes 2017-18 Cricket
Get the latest updates on ICC T20 Worldcup 2022, check out the Schedule and Live Score. Like us on Facebook or follow us on Twitter for more sports updates. You can also download the NDTV Cricket app for Android or iOS.