Darren Lehmann has been the instigator of a reinvigoration of Australian cricket in just six months, since stepping into the hot seat vacated by the sudden sacking of Mickey Arthur. 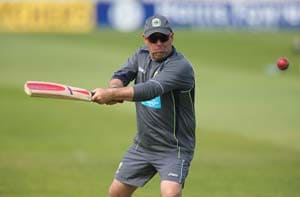 Australia's dramatic turnaround to dominate England and win back the Ashes just months after a 3-0 series defeat to their traditional rivals has largely been attributed to the man they call "Boof".

Darren Lehmann has been the instigator of a reinvigoration of Australian cricket in just six months, since stepping into the hot seat vacated by the sudden sacking of Mickey Arthur.

The 43-year-old, who played 27 Tests from 1998 to 2004, has always been credited with a razor-sharp cricket mind. He saw enough during the July-August series in England to detect weaknesses in the England batsmen which he sought to exploit in the back-to-back series.

Lehmann raised eyebrows when he observed towards the back-end of the last series: "We've shown some cracks in their batting which is exciting for us as a bowling unit. Has the momentum shifted? I think it has but only time will tell."

They were to prove prescient words as Lehmann got down to work devising plans for each English batsman. These were implemented to devastating effect by Mitchell Johnson, Ryan Harris and Peter Siddle.

Australia stymied skipper Alastair Cook's scoring shots on the leg side, while Kevin Pietersen was forced into errors by the nagging consistency of Siddle. Ian Bell's favoured late cut to third man, his chief scoring area when he made three centuries in the English series, was dried up.

Matt Prior was denied width and Australia's bowlers were told to bounce the tailenders. By the Perth Test the England team had largely disintegrated.

Lehmann wanted to take Australian cricket back to the golden eras of Dennis Lillee and Jeff Thomson, the Chappells and Steve Waugh of the 1970-80s.

He insisted on aggressive, in-your-face cricket and no one embraced this more avidly than Johnson, who disconcerted the England batsmen with his terrifying short-pitched bowling.

"He's has done a fantastic job, he's made us work hard, he's made us maximise our potential," skipper Michael Clarke said of the coach after wrapping up the Ashes with a 150-run win in Perth on Tuesday.

Lehmann sought to "pick and stick" with the preferred lineup after Australia used 17 players in the previous series against England and a total of 22 players in their run of nine winless Tests.

He gathered some of the country's top cricket minds before the current Ashes series to discuss ways Australia could improve their batting and has been rewarded with seven centuries. England have just one in the first three Tests.

Lehmann, a throwback to the good old days when mateship and a few beers were prerequisites, encouraged his players to relax and enjoy their cricket and they responded in a closely-bonded group.

"He was always thinking about what he would do if he had the job. His strength is his people skills, the way be brings players together, gives them confidence," Lehmann's cricketing 21-year-old son Jake said recently.

"He plays the game hard on the field, but off it he is laid-back, a typical Aussie bloke who loves a beer, relaxing and talking cricket with anyone."

Perhaps Lehmann's greatest success was the rebirth of left-arm paceman Johnson, a figure of fun for England's Barmy Army supporters in the 2009 and 2010/11 campaigns, and absent from this year's series in England.

Notoriously wayward in the past, Johnson honed his accuracy through tweaks in his bowling technique that earned him back-to-back man-of-the-match honours in the first two huge Test wins in Brisbane and Adelaide.

"I can't remember such a shift in power between two teams in such a short space of time," Gilchrist said.

"Obviously Mitchell Johnson has been of vital importance but I continue to go back to Darren Lehmann and the seeds that he would have planted as soon as he assumed that role.

"His fingerprints are all over the atmosphere around that team."

Comments
Topics mentioned in this article
Cricket Glenn McGrath Darren Lehmann Kevin Pietersen Sreesanth Shane Watson John Michael Arthur Michael Clarke Adam Gilchrist The Ashes 2013 Joe Root Australia Cricket Team Kings XI Punjab The Ashes, 2013-14
Get the latest updates on IND vs NZ 2021, check out the Schedule and Live Score . Like us on Facebook or follow us on Twitter for more sports updates. You can also download the NDTV Cricket app for Android or iOS.