Anatomy of an Ashes annihilation 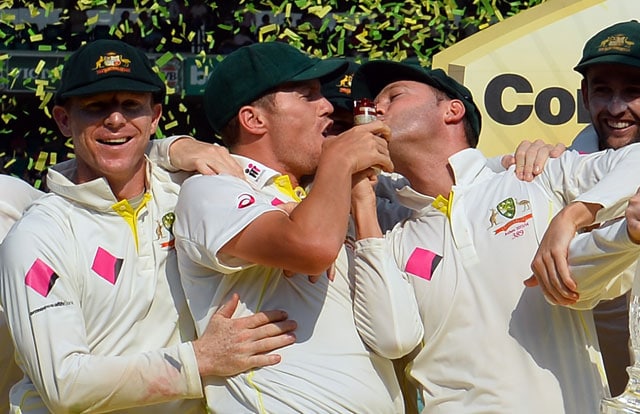 The body language told the story but the statistics make the starkest reading after Australia handed old enemy England their heaviest ever Ashes series defeat.

Their dominance was not only underlined but increased on Sunday, when they swept to a humiliating 281-run victorywith two days left to complete only England's third 5-0 Ashes whitewash in more than 130 years.

England, accused of throwing in the towel and slammed in all quarters by the media, succumbed meekly to the task of chasing an improbable 448 runs to be routed for 166 in just 31.4 overs.

The series marked a stunning turnaround for Australia just months after losing 3-0 in England, and was a crowning achievement for the meticulous preparation of coach Darren Lehmann along with skipper Michael Clarke.

Clarke gave an insight into the detailed planning for the series, which was executed with clinical effect.

"We spoke at the start of the series and we had set plans for individual batters," the captain said.

"The moment numbers eight, nine 10, 11 walked in, we knew we were going to hit them as hard as we could with short stuff. We planned that before a ball was bowled in this series.

"But it's easy to have plans but it takes skill and courage to execute it. I said to the boys at the start of the series that I thought they were the best attack in the world and I think they've shown that in five Test matches." 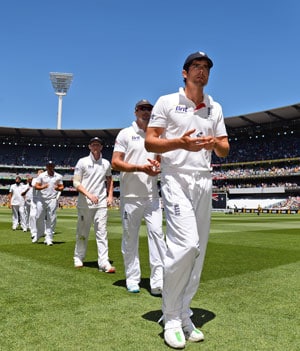 Alastair Cook's men were ambushed by man-of-the-series Mitchell Johnson in the first Brisbane Test to roll over by 381 runs, and it was downhill from there: Adelaide (218 runs), Perth (150 runs), Melbourne (eight wickets) and finally Sydney, probably the worst defeat of all. (Johnson credits 'joys of fatherhood' for upturn in form)

Lethal left-armer Johnson edged veteran wicketkeeper-batsman Brad Haddin for man-of-the-series honours with 37 wickets, the best by an Australian bowler in a five-Test series in Australia.

Australia smashed 10 centuries to England's one, scored by Ben Stokes 120 in Perth, and home batsmen were the top six scorers ahead of England's Kevin Pietersen with just 294 at 29.40.

England had six innings totals below 200 and only twice scored above 300, while Australia scored 350 or more four times.

Haddin proved England's lower-order batting nemesis, often rescuing his side after top-order collapses to finish the series with 493 runs, second only to David Warner's 523.

In doing so, the 36-year-old became the highest-scoring Australian wicketkeeper in a Test series, eclipsing the previous best of 473 by Adam Gilchrist against South Africa in 2001-02.

While some may demur over the historical strength of this Australian team of rejects and recycled players, little can be taken away by the sheer impact and discipline of the pace attack of Johnson, Harris and Peter Siddle.

Collectively they cornered three-quarters (75) of the wickets and neutralised England's star batsmen.

Australia climbed to number three on the ICC Test rankings, supplanting England, and now have their sights set on the number one rated team South Africa in a three-Test series in the republic later this month.

"Playing away from home seems to be the hardest to get results," Clarke said.

"We're not going to win in South Africa and suddenly think we're the best team in the world. It's about consistency home and away over a long period of time."