Novak Djokovic defeated Britain's James Ward in straight sets to advance to the second round of Wimbledon. On the other hand, Ana Ivanovic was stunned by Russia's Ekaterina Alexandrova, World No. 223 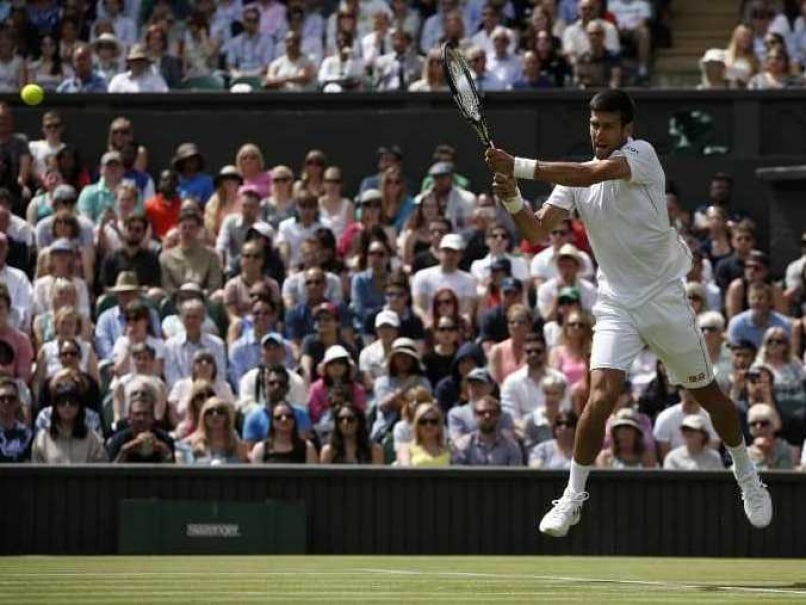 World number one Novak Djokovic got his campaign for a third successive Wimbledon title off to a winning start with a 6-0, 7-6 (7/3), 6-4 victory over Britain's James Ward.

The 29-year-old Serb, the holder of 12 Grand Slams after clinching a first French Open earlier this month, is on target for the tennis record books.

A fourth Wimbledon title would make Djokovic just the second man since Don Budge in 1938 to win five straight majors.

It would also put him three-quarters of the way to becoming the first since Rod Laver in 1969 to complete the calendar Grand Slam.

Top seed Djokovic, who holds all four majors, goes on to face France's Adrian Mannarino for a place in the last 32.

In Women's Singles, former French Open champion Ana Ivanovic was knocked out in the first round Monday, losing 6-2, 7-5 to Russia's Ekaterina Alexandrova, the world no. 223.

Ivanovic, the 2008 Roland Garros champion and a semi-finalist at the All England Club in 2007, suffered just her second opening round loss at Wimbledon in 12 visits.

Alexandrova is making her Grand Slam debut and had won just one match on the main tour in her entire career before Monday's shock win over the 23rd seed.

The 21-year-old, whose career prize money of just under $60,000 paled in comparison to Ivanovic's $15 million, goes on to face Germany's Anna-Lena Friedsam for a place in the last 32.

Comments
Topics mentioned in this article
Novak Djokovic Ana Ivanovic Tennis
Get the latest updates on IPL 2020, check out the IPL Schedule for 2020 and Indian Premier League (IPL) Cricket live score . Like us on Facebook or follow us on Twitter for more sports updates. You can also download the NDTV Cricket app for Android or iOS.