Wimbledon: Nick Kyrgios Back in Groove, Cruises to Easy Round 1 Win 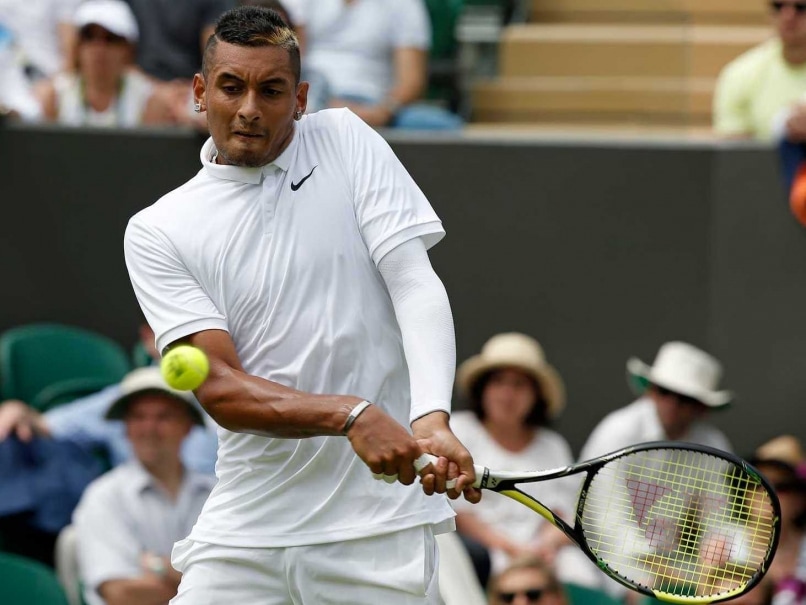 Wimbledon giant-killer Nick Kyrgios made a triumphant return to the All England Club with a 6-0, 6-2, 7-6 (8/6) first round demolition of Argentina's Diego Schwartzman on Monday. (Also read: Wine served for the first time in Wimbledon's 138-year history)

Kyrgios was back at Wimbledon 12 months after he stunned Rafael Nadal in a memorable fourth round upset on Centre Court that made him the lowest ranked player to beat a world number one at a Grand Slam for 22 years.

The brash 20-year-old, who eventually bowed out in the quarter-finals last year, followed that breakthrough performance by becoming the first teenager since 1990 to reach the Australian Open quarter-finals.

"I've had a bit of a sinus infection and haven't played much, but I'm getting better," Kyrgios said.

"I started unbelievably and hardly missed a ball in the first two sets. I'm feeling confident."

Canberra-born Kyrgios, already renowned for his flamboyant style on and off court, endured the first difficult period of his career in the build-up to Wimbledon.

A lingering virus contributed to his 47-minute defeat against Stan Wawrinka at Queen's Club and Kyrgios, weary from spending several months on the road, responded by withdrawing from a tournament in Nottingham and complaining that he wanted to forget about tennis for a while.

Then, just days before his Wimbledon opener, the world number 29 split with long-time coach Todd Larkham.

Returning to the scene of his giant-killing exploits seemed to put a spring in Kyrgios's step however and, after striding onto Court Two with a pair of bright pink headphones clamped to his ears, he swept through the first set in just 17 minutes.

Schwartzman, the world number 63, was playing only the second grass-court match of his career and Kyrgios ruthlessly exploited his lack of experience to seal the emphatic win in 85 minutes.

Kyrgios will play Germany's Florian Mayer or Argentina's Juan Monaco in the second round.

Comments
Topics mentioned in this article
Nick Kyrgios Diego Schwartzman Tennis
Get the latest updates on IPL 2021, IPL Points Table , IPL Schedule 2021 , live score . Like us on Facebook or follow us on Twitter for more sports updates. You can also download the NDTV Cricket app for Android or iOS.