Ashleigh Barty was knocked out of Wimbledon 2019 by world number 55 Alison Riske. 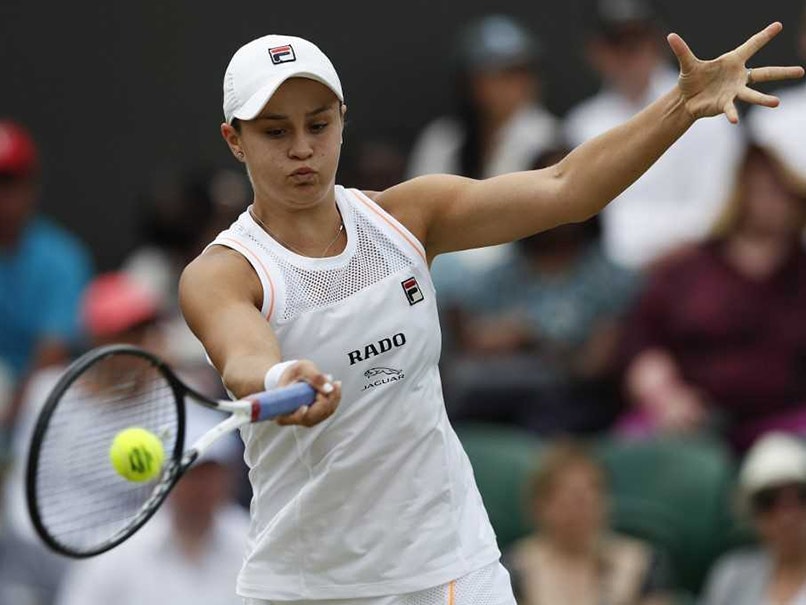 World number one Ashleigh Barty's hopes of becoming the first Australian women's champion in nearly four decades were dashed on Monday, opening the way for Serena Williams to potentially equal the all-time Grand Slam haul. At the opposite end of the age scale to 37-year-old Williams, 15-year-old Coco Gauff could not summon up yet another magical performance as the crowd-pleasing American went down 6-3, 6-3, to battle-hardened Romanian Simona Halep. Having looked assured last week, while Williams was not altogether convincing, it was 23-year-old Australian Barty who cracked and went down in three sets to unseeded American Alison Riske 3-6, 6-2, 6-2.

There was one consolation for Barty as Karolina Pliskova could have taken her number one spot but the Czech third seed went out as well in a marathon duel beaten by compatriot Karolina Muchova 4-6, 7-5, 13-11

"It is a tough one to swallow but I lost to a better player," said Barty, who had been hoping to become the first Australian champion since Evonne Goolagong Cawley won her second title in 1980.

For Riske it was perhaps an unexpected early wedding present -- she gets married after Wimbledon Stephen Amritraj, the son of former Indian Davis Cup player Anand -- but extremely well-earned.

It will be the 29-year-old's first appearance in a Grand Slam quarter-final.

"I had to play aggressive. I had to take it to Ash," said Riske

"The grass definitely brings out the best in me. Hopefully it will rub off and happen in other places too."

The prospect of playing Williams did not have her knees knocking together in fear either: "Bring it on!"

Halep unlike Gauff's previous opponents did not let a partisan crowd nor some audacious strokeplay by the American unnerve her and always had the upper hand.

Gauff did save three match points but in the end former world number one Halep had little trouble in closing out the match.

The American, though, leaves having given the women's game a much-needed shot in the arm and announced herself as a future Grand Slam contender.

Williams, whose clay court season was affected by a knee injury, said the hunger for the game and for victory is as strong as ever.

"I always get excited," said Williams after her victory which put her into a 14th Wimbledon quarter-final.

"I'm a really pumped player. That's my personality. Of course I still I want it or else I wouldn't be here."

Williams has teamed up with another former world number one Andy Murray in the mixed doubles to accrue more matches and she said that the more she played she more she was finding her rhythm.

"It definitely is good, I know that I can play and now that I'm feeling better physically, I almost feel a relief more than anything.

"Finally I can play tennis."

Williams, who won her first match with Murray on Saturday, said she will not be taking Riske for granted.

"Last time I faced a fellow American, I lost," she said in reference to her loss to Sofia Kenin at Roland Garros

"She's great on the grass and took out the number one player in the world who's just won a grass court tournament (Barty won in Birmingham)."

Zhang Shuai became the first Chinese woman since Li Na in 2013 to reach the Wimbledon quarter-finals.

World number 50 Zhang defeated Ukraine teenager Dayana Yastremska 6-4, 1-6, 6-2 -- a result far from her mind when she was talked out of retiring at her lowest point in 2015.

The 30-year-old, who faces Halep for a place in the semi-finals, thanked her close friend and doubles partner Australia's Sam Stosur for convincing her to stick with it.

"She's (Stosur) such a nice girl, and she told me when I said I wanted to retire, and she really wanted that I keep going to play."

Comments
Topics mentioned in this article
Ashleigh Barty Tennis
Get the latest updates on IND vs NZ 2021, check out the Schedule and Live Score . Like us on Facebook or follow us on Twitter for more sports updates. You can also download the NDTV Cricket app for Android or iOS.