Kiki Bertens, who reached the French Open semi-finals in 2016, had never before been past the Wimbledon third round. 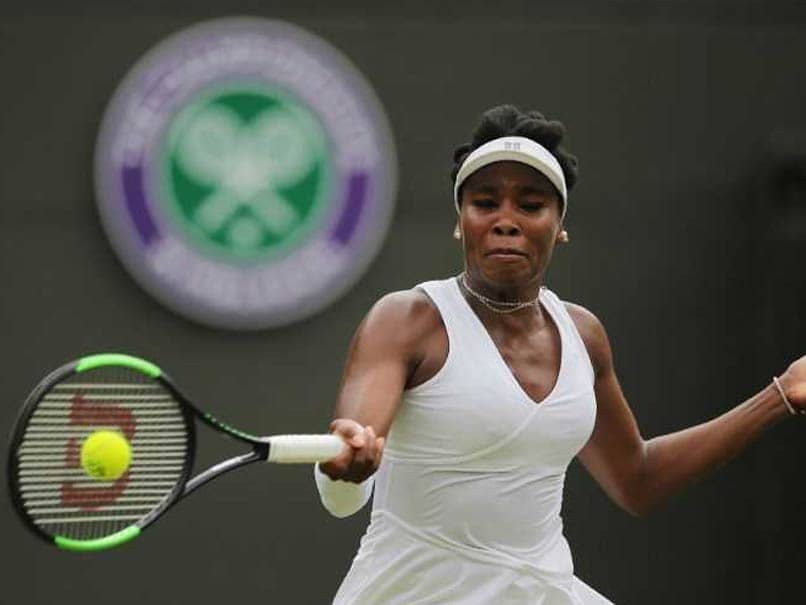 Venus Williams blamed bad luck for her shock Wimbledon exit as the five-time champion became the latest star to crash out in a 6-2, 6-7 (5/7), 8-6 defeat against Kiki Bertens on Friday. After reaching the final last year and the semi-finals in 2016, Venus was expected to mount another strong challenge for the Wimbledon title. But instead the 38-year-old was worn down by Dutch 20th seed Bertens in a dramatic third round clash lasting two hours and 40 minutes in sweltering heat on Court One. Venus, seeded ninth, joined Petra Kvitova, Maria Sharapova, Caroline Wozniacki and Sloane Stephens as the most high-profile casualties of Wimbledon's year of the giant-killers in the women's singles.

For the first time in the Open era, fewer than four top 10 seeds have made the Wimbledon fourth round.

Only world number one Simona Halep and former US Open finalist Karolina Pliskova remain, with Venus's sister Serena, seeded 25th after her return from pregnancy, installed as the title favourite.

In a downbeat post-match press conference, Venus claimed she just didn't get the breaks on the key points.

"I think she was just a little bit luckier than I was in the end. Sometimes it takes luck and skill. You know, she definitely deserved that one," she said

"Just ran out of time in the end. She played really well. You have to win the last point and I didn't succeed in that today.

"It was toe-to-toe there, probably just too many errors."

Asked if she had thought about whether she would be back at Wimbledon next year, Venus offered only a terse: "No".

"It means a lot. I still really can't believe it. It was such a tough match and such a big fight so I'm really happy that I won this one," Bertens said.

"It was really tough because I played her in Miami, I had a few match points there and I lost so that was going into my mind sometimes.

"But I was just like, 'OK, keep on going for it, you're in Wimbledon in the third round, never reached the fourth round so you've nothing to lose and just go for your shots."

Denied in the Wimbledon final by Garbine Muguruza 12 months ago, Venus has failed in her bid to win an eighth Grand Slam crown 10 years after her last major triumph.

Last year, Venus made two Grand Slam finals and one semi-final, but this term she has failed to get past the third round in any of the three majors.

Eighteen years after winning her first Wimbledon title, Venus was the oldest woman in the tournament, so perhaps it wasn't surprising the 26-year-old Bertens had the greater staying power.

For Williams, losing the first set was nothing unusual at Wimbledon this year after she battled back to win her opening two matches following the same deficit.

But neither of those escape acts came after such a one-sided set.

Bertens, who reached the French Open semi-finals in 2016, had never before been past the Wimbledon third round.

She squandered a chance to serve for the match in the second set, then couldn't convert two match points before finally falling to the turf in jubilation when Venus sent a backhand wide.

Comments
Topics mentioned in this article
Venus Williams Kiki Bertens Tennis
Get the latest updates on India vs Australia Series, check out the India vs Australia Schedule for 2020-21 and Ind vs Aus live score . Like us on Facebook or follow us on Twitter for more sports updates. You can also download the NDTV Cricket app for Android or iOS.