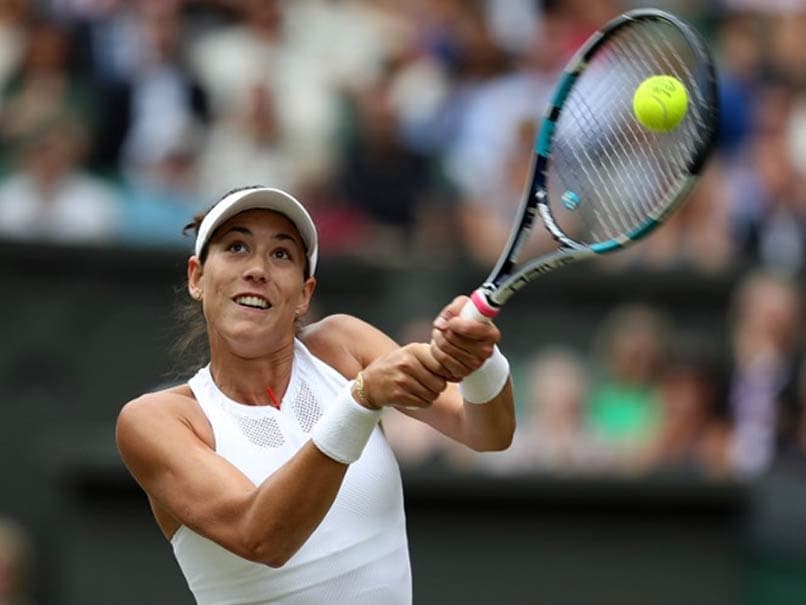 Garbine Muguruza stormed into her second Wimbledon final in three years with a 6-1, 6-1 demolition of nerve-ridden Magdalena Rybarikova in just 64 minutes on Centre Court on Thursday. Muguruza, seeded 14th, took advantage of a woeful performance from the Slovak world number 87 to secure her third Grand Slam final appearance. The 23-year-old, beaten by Serena Williams in the 2015 Wimbledon final, will take on Britain's Johanna Konta or five-time champion Venus Williams in Saturday's title match.

"I played very well for sure. Today I stepped on court super confident and everything went well," Muguruza said.

"Once you are in these situations before you know how to handle them better. Definitely that helped me.

"I'm playing well. I want to keep it up for my last match and hopefully it goes well.

"I'm going to enjoy it. Being in a Grand Slam final is a great achievement."

Since winning her maiden Grand Slam title at the French Open last year, Muguruza had endured something of a sophomore slump as her ranking dropped out of the top 10.

But she has rediscovered her mojo on grass, dropping the fewest games of any player in this year's tournament after burying Rybarikova with 22 winners compared to eight from the Slovak.

Muguruza is guaranteed to regain her top 10 ranking next week and would climb into the top five if she wins Wimbledon.

She is the first Spanish woman to reach more than one Wimbledon final since Arantxa Sanchez Vicario in the 1990s.

That lack of big-game experience seemed to leave the 28-year-old paralysed by stage-fright and a limp double fault gifted Muguruza a break before the crowd had even got comfortable in their seats.

Although Rybarikova had an 18-1 record on grass this season and knocked out new world number one Karolina Pliskova in the second round, she looked completely out of her depth as Muguruza over-powered her from the baseline.

Another wayward backhand from the Slovak gave Muguruza a second break and, presented with a 4-0 lead, the Spaniard closed out the set in emphatic style.

Muguruza is coached by Conchita Martinez, the only Spanish woman to win Wimbledon in 1994, and her compatriot's knowledge has helped make her a formidable force on grass.

With Muguruza slugging away effectively with her ground-strokes and mixing in occasional forays to the net, Rybarikova was out-classed.

Muguruza kept her stranglehold with a break at the start of the second set and when she broke again for a 3-0 lead the mis-match was all over.

Later on Thursday, Konta has set her sights on Wimbledon history as the world number seven aims to become the first British woman to reach the final for 40 years.

Konta is the first British woman to make the Wimbledon semi-finals since Virginia Wade in 1978 and a victory over Williams would make her the first Briton into the women's final since Wade won the title in 1977.

With men's champion Andy Murray crashing out on Wednesday, Konta carries Britain's hopes on her shoulders.

The 26-year-old has never reached a Grand Slam final and is in only her second major semi-final.

If Williams, 37, wins on Thursday, she will become the oldest Wimbledon finalist since Martina Navratilova in 1994.

Lifting the Venus Rosewater Dish would make her the oldest All England Club champion in the Open era, breaking her sister Serena's record.

Venus is hoping to reach her first Wimbledon final since 2009, a year after she won at the All England Club for the most recent of her seven Grand Slam titles.

Comments
Topics mentioned in this article
Garbine Muguruza Tennis
Get the latest updates on IPL 2021, IPL Points Table , IPL Schedule 2021 , live score . Like us on Facebook or follow us on Twitter for more sports updates. You can also download the NDTV Cricket app for Android or iOS.