World No. 1 Andy Murray has a history of standing up for equality in professional tennis. 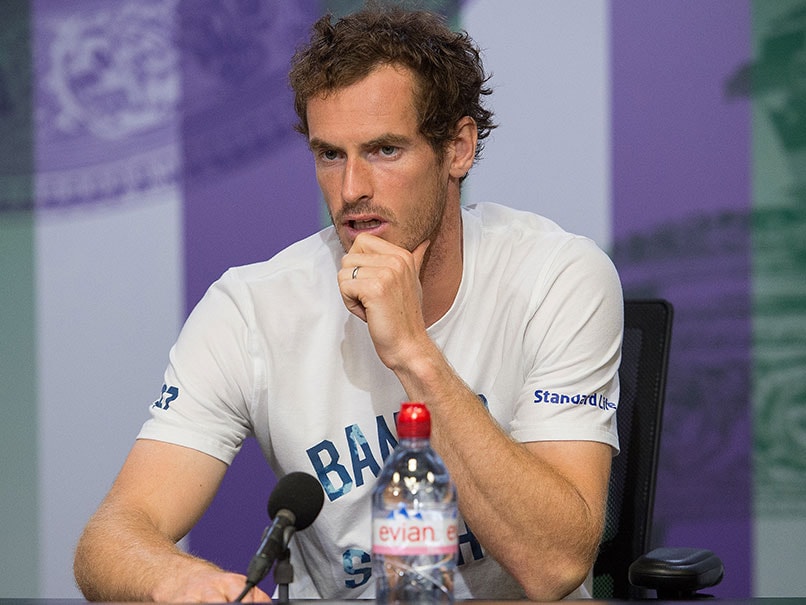 Andy Murray wasn't amused by the journalist's question after his quarterfinals loss.© AFP

Andy Murray may have lost on the Wimbledon Centre Court but he won hearts all around the world at the press conference on Wednesday. The 2016 Wimbledon winner and world No 1 Scotsman was hampered by a hip injury and eventually lost to American Sam Querrey in five sets in the quarter-finals. Then, when a male journalist questioned Murray about the loss, telling him Querrey was the "first US player to reach a Major semi-final since 2009", the Scot interrupted and said he was the first "male player" to achieve the feat. Let's not forget American Serena Williams has won 14 Grand Slams since January 2009.

The journalist seemed taken aback at Murray's interjection and said, "Beg your pardon". The world No 1 repeated his answer much to the delight of fans and didn't seem amused at the casual sexism. Here's the video of the press conference from the official Wimbledon Twitter handle:

Andy Murray may have lost, but nothing got past him post-match...#Wimbledon pic.twitter.com/Uniks77WKu

The response has landed Murray immense respect from all over the world, including from his mother and former coach Judy. His mother tweeted: "That's my boy"

Here are some tweets from fans after Murray's press conference:

A fantastic role model @andy_murray - what you've said is bigger than anything close to being Wimbledon champion again. Thanks! pic.twitter.com/2543PiGCCL

This is why I love @andy_murray - he has no time for casual sexism & is a true feminist #EverydaySexism we need men to stand WITH us on this https://t.co/MAnHnseau5

Murray has a history of standing up to casual sexism in professional tennis. While the men's events in general garner more attention and had until some years ago, more prize money than the women's events, Murray's thought process brings about a change.

Last year after he won the Rio Olympics gold medal, he was congratulated for being the first to win two gold medals. Murray firmly shut down the interviewer, saying he believed Venus (Williams) and Serena had more. For the statistical minded, the Williams' have four Olympic gold medals each.

Murray had created headlines some years before when he hired former Grand Slam winner Amelie Mauresmo as coach. He's previously stood up for equal pay in tennis and scheduling for matches in Majors.

Comments
Topics mentioned in this article
Andy Murray Serena Williams Venus Williams Sam Querrey Tennis
Get the latest updates on ICC Women's Cricket World Cup 2022 and IPL 2022, check out the Schedule , Live Score and IPL Points Table. Like us on Facebook or follow us on Twitter for more sports updates. You can also download the NDTV Cricket app for Android or iOS.