US Open: Novak Djokovic Marches On With Straight-Sets Victory 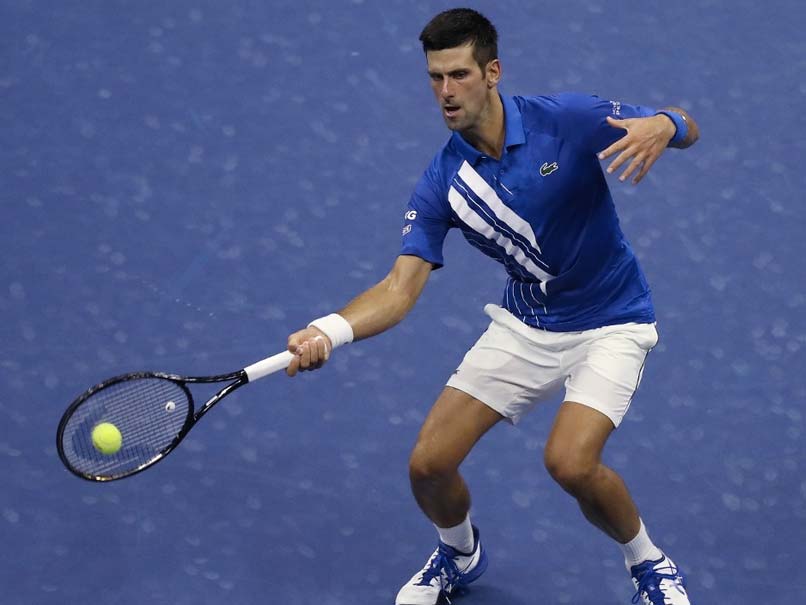 Novak Djokovic marched into round 2, launching his bid for a 18th Grand Slam with easy win.© AFP

Pre-tournament favorite Novak Djokovic marched into round two of the US Open Monday as he launched his bid for a 18th Grand Slam with a straight-sets win. The world number one dispatched unheralded Damir Dzumhur of Bosnia-Herzegovina 6-1, 6-4, 6-1 under floodlights at an empty Arthur Ashe Stadium in New York. The Serbian superstar took just 23 minutes to win the first set before laboring to a narrow victory in an hour-long second set. With Rafael Nadal and Roger Federer absent, Djokovic is looking to close the gap on them in the race for the all-time men's singles Grand Slam record.

Djokovic currently has 17, behind Nadal on 19 and Federer on 20.

Earlier, fifth seed Alexander Zverev was made to work hard as he progressed into round two of the US Open Monday following a three-hour-long tussle with 2017 finalist Kevan Anderson.

The German, seeking his first Grand Slam title, took the first set on a tie-break 7-6 (7/2) before losing the second 7-5 in an eerily empty Arthur Ashe Stadium.

Ultimately, the 23-year-old proved too much for the South African veteran, winning the third set 6-3 and the fourth 7-5.

Afterwards he shared a moment on a big screen with his tennis-playing brother Mischa Zverev who was beamed into the stadium from his sofa at home.

"I am actually quite happy with a first round like that," said Zverev, who reached his first Grand Slam semi-final at the Australian Open earlier this year.

"Kevin is not someone you usually play in a first round. This is a fourth round, quarter-final, semi-final match normally against him. I am extremely happy to be through," he added.

Fourth seed Stefanos Tsitsipas eased into the second round of the Flushing Meadows tournament, which is being played without fans due to coronavirus, with a straight-sets win over Spain's Albert Ramos-Vinolas.

Britain's Cameron Norrie enjoyed one of the day's most impressive wins, charging back from two sets down to sink Argentine ninth seen Diego Schwartzman 3-6, 4-6, 6-2, 6-1, 7-5.

"It shows that it was just two dogs out there battling with no serves really," said the 76th-ranked Norrie, will face another Argentine, Federico Coria, for a place in the third round.

"Playing without the fans is definitely different," Shapovalov said.

"You know, I love to use the fans to kind of pump me up. So I had to do that within myself. But I'm getting familiar with it pretty quick," he added.

Novak Djokovic Damir Dzumhur Roger Federer Rafael Nadal Tennis
Get the latest updates on Fifa Worldcup 2022 and check out  Fifa World Cup Schedule, Stats and Live Cricket Score. Like us on Facebook or follow us on Twitter for more sports updates. You can also download the NDTV Cricket app for Android or iOS.