Alexander Zverev was heavily criticised after viral footage emerged of him partying in a busy bar despite pledging to "follow self-isolating guidelines" after playing in Novak Djokovic's coronavirus-hit Adria Tour. 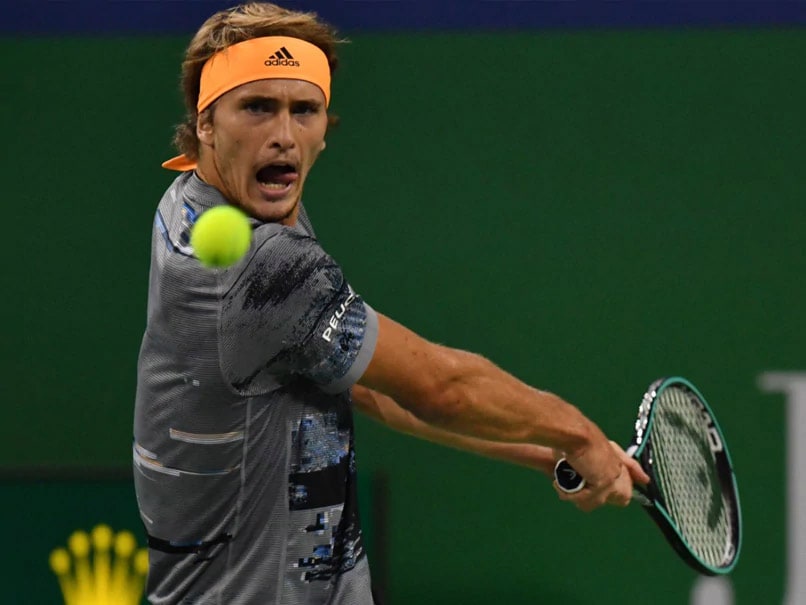 Alexander Zverev is scheduled to play in the Aces exhibition tournament from July 13-19.© AFP

The organiser of an exhibition tennis tournament in Berlin said on Friday he is considering withdrawing Alexander Zverev from the line-up and has insisted there would be "zero tolerance" if the German does play, but again ignores social distancing guidelines. Zverev, 23, has been heavily criticised after viral footage emerged of him partying in a busy bar despite pledging to "follow self-isolating guidelines" after playing in Novak Djokovic's coronavirus-hit Adria Tour. Zverev took part in last month's exhibition event in Serbia organised by Djokovic, who last week tested positive for COVID-19 along with Grigor Dimitrov, Borna Coric and Viktor Troicki.

Although Zverev tested negative, he vowed to self isolate but was purportedly filmed at a busy bar last weekend in southern France, leading Nick Kyrgios to slam his "selfish" behaviour.

Australia's Kyrgios then got into a spat on social media over Zverev's behaviour with legend Boris Becker, who is the chief of the men's game at the German Tennis Federation.

Zverev and Kyrgios are scheduled to play in the Aces exhibition tournament from July 13-19 with world-number three Dominic Thiem also in the line-up.

However, the competition's boss Edwin Weindorfer has taken a dim view of Zverev's recent behaviour and is considering refusing to allow him to play.

"I could say 'Sascha (Zverev), I take your behaviour as a breach of contract'. I have not yet decided," Weindorfer told Munich-based newspaper Sueddeutsche Zeitung.

"The second option is that I say: 'Sascha, you will get another chance from us, but here (in Berlin) you have very clear rules of conduct'."

Weindorfer said he is in talks with the management of Zverev.

However, any player caught partying in the German capital can expect to be kicked out of the tournament.

"We have zero-tolerance. If a player misbehaves and thinks they can party that week, we will remove that player," Weindorfer insisted.

Berlin's senate has approved the hygiene concept for the tournament, which will first be played on grass, then on hard court after a day's break.

"There will be no player party, no children's (coaching) clinic, no events programme, it's all been crossed off," Weindorfer added.

Comments
Topics mentioned in this article
Alexander Zverev Borna Coric Dominic Thiem Viktor Troicki Grigor Dimitrov Nick Kyrgios Tennis
Get the latest updates on Fifa Worldcup 2022 and check out  Fifa World Cup Schedule, Stats and Live Cricket Score. Like us on Facebook or follow us on Twitter for more sports updates. You can also download the NDTV Cricket app for Android or iOS.