After the 6-3, 6-2, 6-3 defeat to Gael Monfils in the US Open fourth round, Marcos Baghdatis said he was actually composing a message to his wife, former WTA top-20 player Karolina Sprem 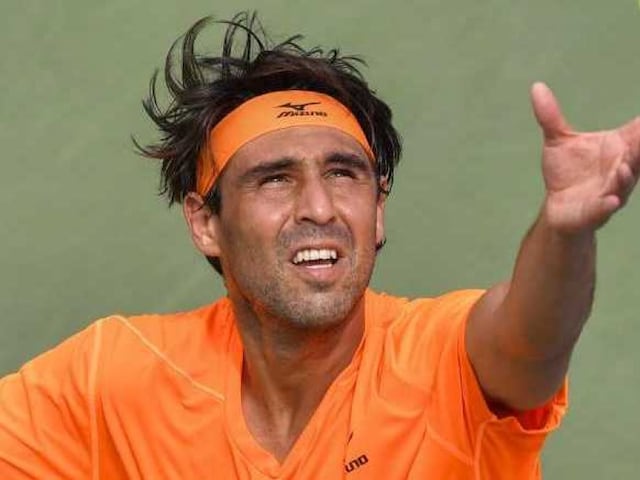 Marcos Baghdatis was pulled up by the chair umpire for using his phone during his US Open match vs Gael Monfils.© AFP

Marcos Baghdatis recieved a bizarre code violation for using his cellphone during a changeover in his straight-sets fourth-round loss to Gael Monfils at the US Open on Sunday.

Trailing 6-3, 5-2, Baghdatis reacted testily when he was warned, asking the chair umpire "What if I want to check the time?"

After the 6-3, 6-2, 6-3 defeat to Monfils he said he was actually composing a message to his wife, former WTA top-20 player Karolina Sprem.

"There are rules," he said. "I guess I broke the rule and I got a warning for it, but I was just writing a message to my wife."

It wasn't something he'd done before, but Baghdatis said he didn't realise it would cause such a stir.

"I never wrote a message to anybody during a match before, but I thought, why not?" he said.

Perhaps Baghdatis was just looking for something to take his mind off the contest, in which his 36 percent success rate in putting his first serve in play doomed his chances against the 10th-seeded Monfils.

"I think I had the worst day of my life on my serve," said the 31-year-old, who made a memorable run to the Australian Open final in 2006 but hadn't reached the fourth round of a Grand Slam since Melbourne in 2009.

"What can I say more," he said. "Against Gael, if you don't get some free points and have to rally -- I tried to rally but he was getting so many free points on his serve, I had so much pressure on my serve. Honestly it was very tough out there."

Comments
Topics mentioned in this article
Marcos Baghdatis Gael Monfils Tennis
Get the latest Cricket news, check out the India cricket schedule, Cricket live score . Like us on Facebook or follow us on Twitter for more sports updates. You can also download the NDTV Cricket app for Android or iOS.