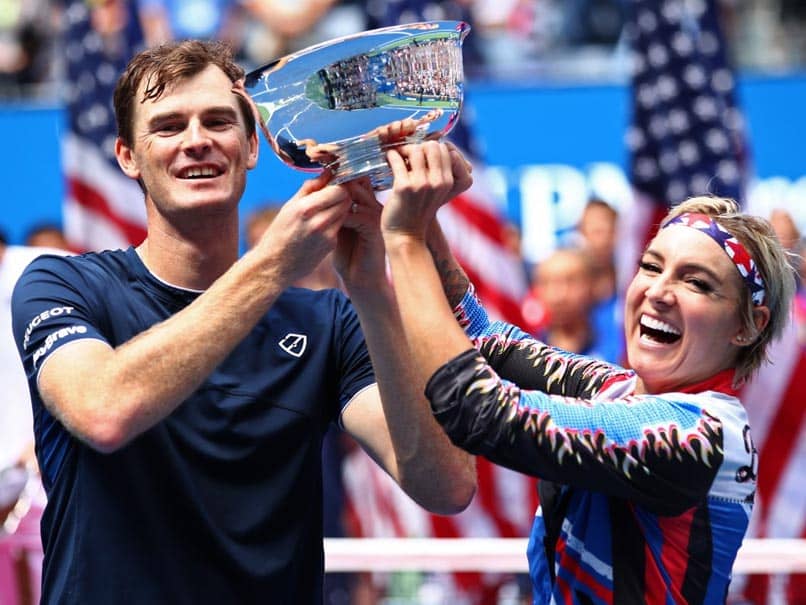 Jamie Murray and Bethanie Mattek-Sands of the United States.© AFP

"We played amazing the whole two weeks, especially the semi-fianls and finals," Murray said. "I've always had fun on the court. Really happy to win again."

"They were all over us from the start," Venus said. "Too good."

Murray, a 33-year-old Scotsman, and Mattek-Sands combined to hit 23 winners with only 11 unforced errors in collecting the $160,000 top prize.

"Jamie, you were on fire this whole two weeks," Mattek-Sands said. "We have a lot of fun. He keeps me grounded. I'm the energetic one."

Add Murray: "She says I'm the yin to her yang."

Murray's other Grand Slam mixed doubles crowns came at Wimbledon in 2007 and 2017.

New Zealander Venus and Taiwan's Chan, who lost to Murray and Hingis in the 2017 US Open mixed final, had not dropped a set until the final.

"Very happy to play again with Michael," Chan said. "We hope we can come back again and win this match."

Comments
Topics mentioned in this article
Jamie Murray Tennis
Get the latest updates on India vs England Series, India vs England , live score and IPL 2021 Auction . Like us on Facebook or follow us on Twitter for more sports updates. You can also download the NDTV Cricket app for Android or iOS.