US Open: Andy Murray Crashes Out As Felix Auger-Aliassime Strolls Into 3rd Round

Felix Auger-Aliassime marched into the US Open third round with a routine 6-2, 6-3, 6-4 win over Britain's Andy Murray at the Arthur Ashe Stadium. 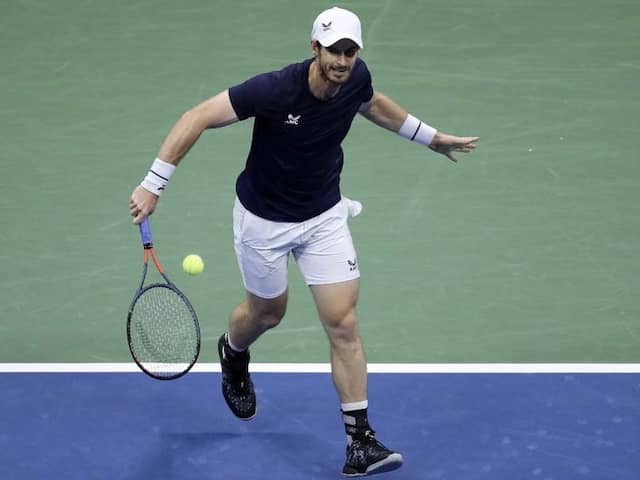 Andy Murray exited the US Open after a straight-sets loss to 15th seed Felix Auger-Aliassime.© AFP

Andy Murray said he would keep trying to win Grand Slams after crashing out of the US Open second round in straight sets to 15th seed Felix Auger-Aliassime on Thursday. The former world number one was demolished by the 20-year-old Canadian 6-2, 6-3, 6-4 inside Arthur Ashe Stadium in 2hr 8min. But Murray he said he was pleased with how his metal hip coped in his first Grand Slam outing since the 2019 Australian Open, when there was talk of him retiring. "I'm more positive about what I can do in Grand Slams before I came over here," said Murray who rallied to a win thrilling five-set match against Japan's 49th-ranked Yoshihito Nishioka in the first round on Tuesday.

The Scotsman is trying to rebuild his career after an injury-ravaged three years, and currently sits 115th in the world rankings.

"I feel like I'm back at square one having not played Slams for a few years," Murray, a three-time Grand Slam winner, told reporters.

"I need to build up my body and my physical conditioning so that, you know, I have the ability to back up five-set matches. That takes a bit of time, unfortunately."

Murray, the 2012 US Open champion, said he was without a physical "robustness" physically and needed to work hard on fine-tuning skills that have lacked serious match practice in 2020.

"I'm ranked 115, 120 in the world and my game reflects that just now. So I'll need to get better if I want to move up the rankings and be more competitive," he said.

The 2013 and 2016 Wimbledon winner, who was renowned for his never-say-die attitude at the peak of his powers, insists he is not ready to throw in the towel yet.

'Shoot for the stars'

"In terms of winning Grand Slams again, that's going to be extremely difficult to do. It was hard enough when I had two normal hips. So it will be difficult, but I'll keep trying.

"Why not? Why shouldn't I try my hardest to do that? And if I don't, that's all right. But I might as well shoot for the stars.

"And if I don't -- yeah, if I don't get there, then that's all right. But I'm trying my best to get the most out of what my body gives me now.

He said he would play in the rearranged French Open later this month.

Murray was unable to repeat his first-round heroics against the big-serving 21st-ranked Auger-Aliassime who dominated from start to finish.

"Maybe served a little bit better tonight than he had in the last couple of weeks, which helped.

Andy Murray Tennis
Get the latest updates on IPL 2020, check out the IPL Schedule for 2020 and Indian Premier League (IPL) Cricket live score . Like us on Facebook or follow us on Twitter for more sports updates. You can also download the NDTV Cricket app for Android or iOS.