John Isner hit big numbers in his US Open quarter-final defeat to Juan Martin del Potro, including having to change his shirt 11 times in New York's crushing heat and humidity. 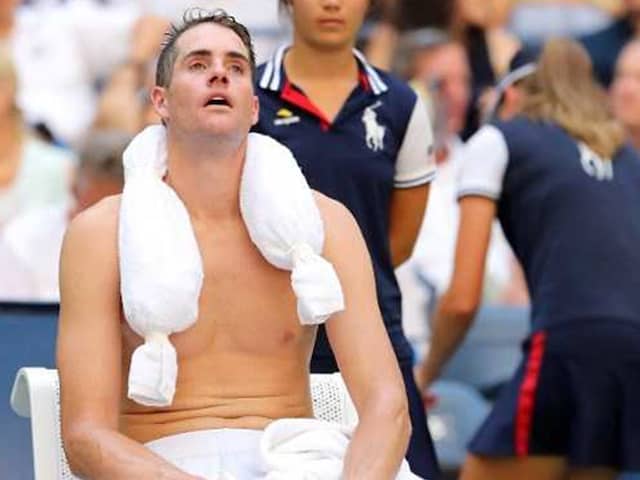 John Isner hit big numbers in his US Open quarter-final defeat to Juan Martin del Potro, including having to change his shirt 11 times in New York's crushing heat and humidity. The 33-year-old slumped to a 6-7 (5/7), 6-3, 7-6 (7/4), 6-2 loss to the 2009 champion from Argentina, ending home hopes of a first men's champion since 2003. But it was his and del Potro's struggles with the heat which dominated conversation after the gruelling 3 hour 31 minute match on the same Arthur Ashe Stadium which had witnessed the demise of Roger Federer the previous evening.

With the extreme heat rule allowing for a 10-minute respite between the third and fourth sets, both men took full advantage.

"I had to change my shirt 11 times in the match," said Isner.

"I weigh 238 pounds, so I have always said it's pretty difficult to play in hot conditions, for me especially, because I weigh a lot and I sweat a lot.

"It takes its toll on bigger guys. Whenever I have seen Juan maybe struggle in the heat or on TV and it looks like he's gassed out there, I can always relate."

Federer complained that he had struggled to breathe in the almost airless conditions inside the arena as he slumped to a shock defeat to John Millman, the world number 55 on Monday.

"I have never seen Roger sweat ever. If he's sweating a lot and has to change clothes, then you know it's pretty humid out there," said Isner.

Comments
Topics mentioned in this article
John Isner Tennis Juan Martin del Potro
Get the latest Cricket news, check out the India cricket schedule, Cricket live score . Like us on Facebook or follow us on Twitter for more sports updates. You can also download the NDTV Cricket app for Android or iOS.