"The Facts Are Not Right": Roger Federer Fumes Over Scheduling Row

Roger Federer is bidding to win his 100th career singles title at the ATP Finals. 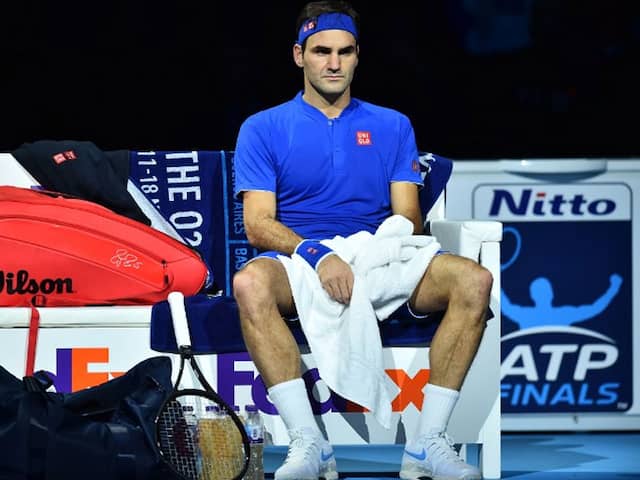 Roger Federer was supported by world number one Novak Djokovic on Monday.© AFP

Roger Federer denied on Tuesday that he receives preferential treatment with scheduling at the biggest events because of his standing in the sport. Frenchman Julien Benneteau, who retired at the end of this season, pointed out on French radio that the 20-Grand Slam champion had been allowed to play 12 of his past 14 matches at the 2017 and 2018 Australian Opens, both of which he won, at night, avoiding the blistering Melbourne heat.

"Over the last two Australian Opens, he played 14 matches, because he was champion and finalist. And he played 12 or 13 of them in the night session," Benneteau told France's RMC Sport recently.

"Any tournament director would put Djokovic-Monfils on the night session at 7:30pm, right? But no. They played at 2:30pm, in 104 degrees. And Federer-Struff played at night.

"It's normal that he gets preferential treatment, with everything he's done. But, in some tournaments, there are big differences in the conditions. He has no idea what that's like."

But Federer was supported by world number one Novak Djokovic on Monday, with his rival suggesting the six-time Australian Open winner had actually earned the right to "special treatment" for all the good he has done for the sport.

Australian Open tournament director Craig Tiley also released a statement saying the scheduling of Federer's matches for the evening was a response to fan demand to watch a "once-in-a-generation athlete", rather than any desire to cater to tennis's biggest star.

Tiley is an investor in the Laver Cup, a Ryder Cup-style annual tournament promoted by Federer and his management group Team8, but denies a conflict of interest.

Asked about the controversy, former world number one Federer said that while he does speak to tournament chiefs about scheduling, he doesn't believe he gets special favours.

"I get asked 'would you like to play Monday or Tuesday' sometimes. Sometimes I get asked, 'Do you want to play day or night?' Sometimes they go ask my agent," Federer told reporters after his win over Dominic Thiem at the ATP Finals on Tuesday.

"Sometimes they ask me, you know, Asia wants you to play at night. Yes, sometimes we have our say. But I asked to play Monday at the US Open and I played Tuesday night.

"It's all good, you know. I've had that problem for 20 years in the good way. Sometimes I get help, sometimes I don't. I think there you have it.

Federer is bidding to win his 100th career singles title at the ATP Finals and he made it clear he wanted to draw a line under the favouritism issue.

"I don't really in feel the mood during a World Tour Finals to discuss that topic, to be honest," he said.

"The radio interview that happened over a week ago that surfaces now in French, Julien, who is a nice guy, I know him since the junior times, I think all of this has been totally taken out of context."