Stefanos Tsitsipas defeated Novak Djokovic 3-6, 7-5, 6-3 to reach the semi-finals of the Shanghai Masters 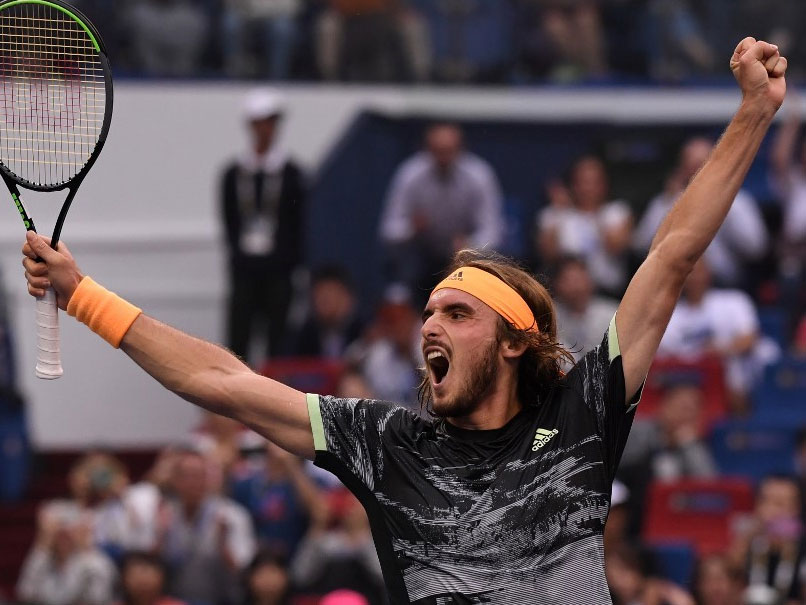 World number one Novak Djokovic was stunned in the Shanghai Masters quarter-finals by young Greek Stefanos Tsitsipas in three sets on Friday. The 21-year-old has now defeated all the "Big Three" this year -- Djokovic, Roger Federer and Rafael Nadal -- and faces another major talent in his Saturday semi-final against 23-year-old Daniil Medvedev. He recovered from losing the opening three games in just seven minutes to shock the reigning champion 3-6, 7-5, 6-3. Tsitsipas sealed the deal with a gleeful smash and held both arms aloft, while Djokovic met his opponent with a warm embrace at the net.

"He deserved the victory, he was the better player," said the 32-year-old Serbian, who had looked imperious up until now.

"Second and third set I started off very well, but then I wasn't sharp.

"I lacked that little bit of dynamic movement and acceleration in my shots.

"I didn't have any breakpoints for two sets. I mean, he did serve well, credit to him, but just wasn't pleased with the way I played."

Asked if the seventh-ranked Tsitsipas has the potential to be number one, Djokovic replied: "He definitely has, yes."

After a dreadful start, Tsitsipas found his feet in the second set, winning on a tie break, then went 3-1 up in the decider when Djokovic planted his forehand wide on the third break point.

It was a double celebration for the young Greek, who has also confirmed his place in the prestigious season-ending ATP Finals.

He did so after fourth-ranked Medvedev tamed self-styled "wild horse" Fabio Fognini 6-3, 7-6 (7/4) to canter into the semi-finals. Fognini was vying for a place at the Finals.

Djokovic said that he is fully recovered from a shoulder injury.

He did not drop a set in winning the title in Tokyo and had carried that ominous form into Shanghai -- until he came across Tsitsipas.

Medvedev -- another of the next generation -- sent down 12 aces to help see off Fognini and said: "I don't know what happened, my serve was crushing it."

The Russian has a 12-0 record in quarter-finals this year and Djokovic this week described him as "very complete" player.

The other match is between Austria's Dominic Thiem, who beat Tsitsipas to the China Open title on Sunday, and Italy's Matteo Berrettini.

US Open champion Nadal is not in Shanghai because of a wrist injury.