US Open champion Stan Wawrinka, 32, triumphed in a pulsating four hour 34 minute battle of shot-making and endurance and will target a fourth Slam title on Sunday. 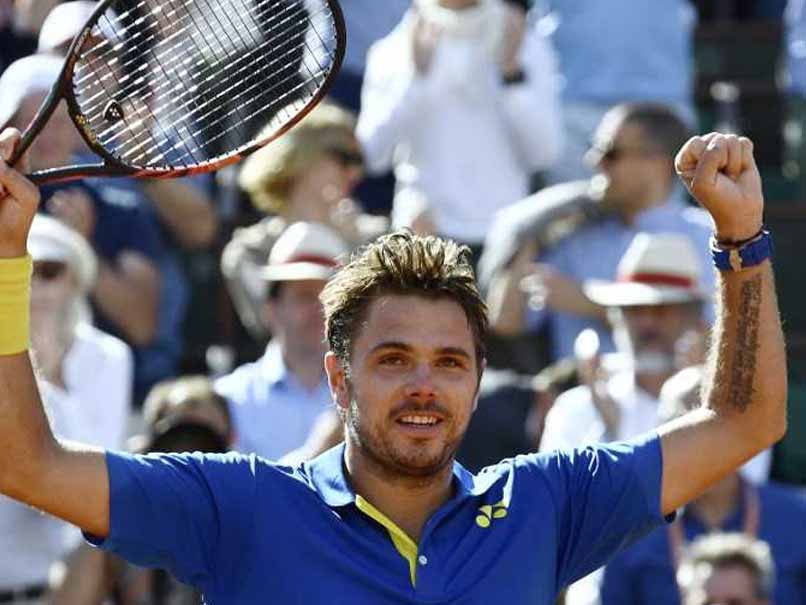 Nine-time champion Rafael Nadal marched into a record 10th French Open final after outclassing Austrian sixth seed Dominic Thiem 6-3, 6-4, 6-0 on Friday. The Spaniard will face 2015 Roland Garros champion Stan Wawrinka for the title after the 32-year-old Swiss defeated Andy Murray in a five-set epic to become the oldest finalist in Paris since 1973. Nadal, who won the last of his French Opens in 2014, is bidding to become the first man to win 10 titles at a single Grand Slam. He leads the head-to-head with Wawrinka 15-3, but the Swiss stunned an injury-hit Nadal three years ago to claim the Australian Open crown.

"I have been playing a great event. But Stan is playing unbelievable," said Nadal.

"It will be a super hard final and I will need to play at my very best."

Earlier, US Open champion Wawrinka, 32, triumphed in a pulsating four hour 34 minute battle of shot-making and endurance and will target a fourth Slam title on Sunday. For Murray, his wait to become Britain's first men's champion in Paris since Fred Perry in 1935 goes on.

"It's incredible to be in another Roland Garros final," said Wawrinka, the oldest finalist since 33-year-old Niki Pilic was runner-up in 1973.

"I was hesitant in trying to finish the first and third sets but I felt like I could retake control.

"It was a great atmosphere which makes you give it your all."

Murray admitted that Wawrinka was the stronger player in the end.

"I tried to keep fighting, but he played well at the end," said Murray, the 2016 runner-up to Novak Djokovic.

"I was a tiebreak from getting to the final in a tournament which I came into struggling."

Wawrinka broke for a 5-3 lead in the opener but handed the advantage straight back to the Scot in his next service game.

In a gripping tiebreak, an instinctive, point-blank backhand volley gave the Swiss a set point.

Again he was unable to take advantage and it was Murray who pounced for the opening set after 71 minutes when his opponent netted a backhand return off a second serve.

Murray only notched nine winners in the set but Wawrinka's 23 unforced errors proved his undoing as he shipped his first set of the tournament.

However, Wawrinka quickly hit back, breaking first again for 4-3 in the second set and again in the ninth game to level the semi-final, running around a second serve to bury a forehand winner.

Wawrinka raced into a 3-0 lead in the third before Murray halted a seven-game losing streak and retrieved the break in the fifth game.

A further break apiece followed before Murray, with his trademark defensive skills in overdrive, edged back in front for 6-5 followed by the set-clinching hold.

The pair had already been on court for three hours.

Solid serving, counter-punching and stunning attack by both men sent the fourth set to a tiebreak without a single break point given up.

Wawrinka took it to level the semi-final after four hours, another laser forehand speeding past Murray.

The US Open champion was now in the ascendancy, breaking in the first game of the decider and backing it with a comfortable hold.

An astonishing triple break took him to 5-0 and although Murray clawed one back, the marathon battle -- the longest of the tournament -- had taken its toll.

Wawrinka booked his place in his fourth Slam final with another stylish backhand down the line winner.

The Swiss, who has won all his three Slam finals, ended with 87 winners and 77 unforced errors.

Comments
Topics mentioned in this article
Stanislas Wawrinka Andy Murray Tennis
Get the latest updates on SA vs IND 2021-22, check out the Schedule and Live Score . Like us on Facebook or follow us on Twitter for more sports updates. You can also download the NDTV Cricket app for Android or iOS.