Sloane Stephens will enter the top 10 for the first time next week when the WTA rankings are announced. 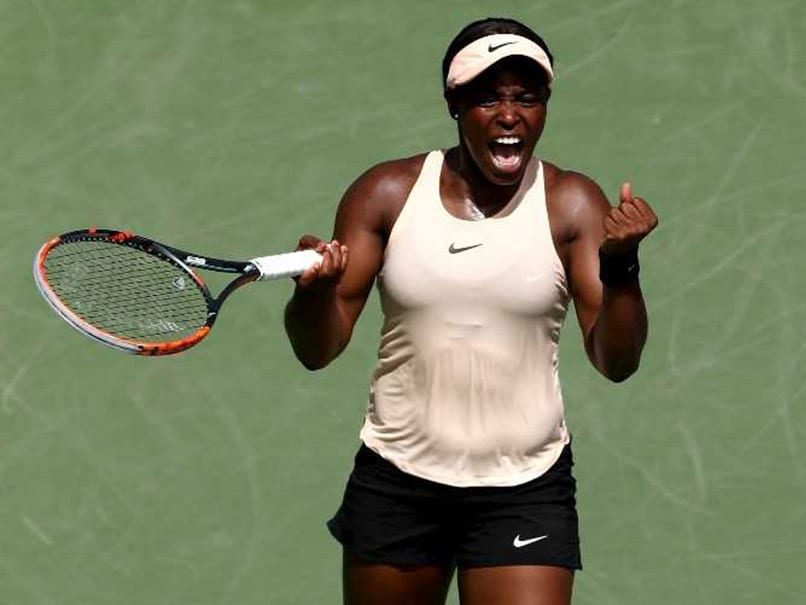 Sloane Stephens is determined to write her name into the history books after she sealed a place in the WTA Miami Open final with a battling three-set victory over former world number one Victoria Azarenka on Thursday. It was an impressive display by the reigning US Open champion who booked her ticket for Saturday's showpiece with a 3-6, 6-2, 6-1 triumph, just 18 days after beating the Belarusian in straight sets at Indian Wells. Stephens was raised in Plantation, around an hour north of Key Biscayne and is expecting her friends and family to turn up in "full force."

Saturday's final, against either American qualifier Danielle Collins or French Open champion Jelena Ostapenko, will be the last women's final encounter before the move away from Crandon Park to the Hard Rock Stadium next year.

Stephens has won every one of the five finals she's contested in her career and making it six in a row - and the last in Key Biscayne - would make winning here for the first time even more special.

"This feels like a home final for me," she said. "We used to come down here all the time and play when I was younger. It's always amazing for my friends and family when I play here. They are in full force.

"It's weird, what's going to happen to Crandon Park. To play in front of my friends and family again here for the last time, it feels kind of cool that I'll be able to close it out in style for them."

Stephens endured a terrible slump since triumphing at Flushing Meadows last September, losing her last six games of 2017 and started the New Year with deflating early exits in Sydney and the Australian Open.

"At the end of last season, I had to play. Like, my heart was there but my body physically was not," said the American.

"And I think that was the most important thing, getting myself back in the best shape that I could be in, making sure that I was pain-free, that I wasn't going to get injured again, and making sure I was taking care of myself.

"That was the biggest part about ending last season. And then going into this season, I knew that I didn't have the greatest off-season, so for me, the two matches that I lost the first part of the year in Australia, not a big deal. If you're not 100 percent, you can't expect much.

"I took the time to get myself together and I guess there has been some good results."

Stephens has certainly found her form at just the right time and despite falling behind today in the first women's semi-final, the American, who will enter the top 10 for the first time next week when the WTA rankings are announced, upped her game while Azarenka, hamstrung by six double faults and a hip problem, lost her way.

"I knew I was going to have to fight and she came out strong but if I could keep it close, I had a chance and would get the opportunities," said the no 12 seed.

While Stephens looks forward to attempting to win her first WTA Premier Mandatory event, Azarenka admitted she is returning to Los Angeles to continue with legal discussions over the custody of her son, Leo, who was born in December 2016.

"I have to go back, and then I will see what happens. When I have some news, I'll be ready to share them," said Azarenka who stressed she felt an injury for the whole match.

Comments
Topics mentioned in this article
Sloane Stephens Victoria Azarenka Tennis
Get the latest updates on India vs Australia Series, check out the India vs Australia Schedule for 2020-21 and Ind vs Aus live score . Like us on Facebook or follow us on Twitter for more sports updates. You can also download the NDTV Cricket app for Android or iOS.