Williams can match Margaret Court's all-time record of 24 majors with another title at Flushing Meadows. 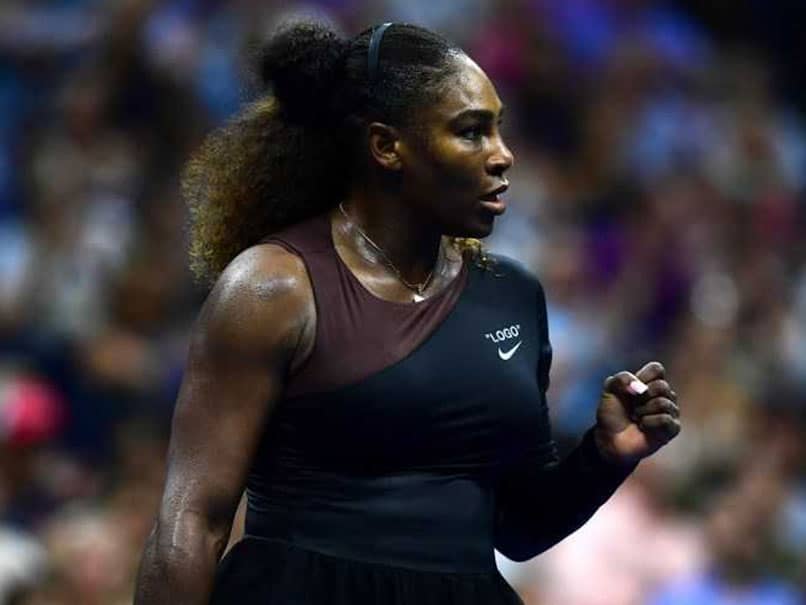 Serena Williams made a triumphant return to the US Open on Monday, launching her bid for a record-equalling 24th Grand Slam victory with a straight-sets win as top-seeded Simona Halep made dubious history with a first-round exit. Williams, who counts six US Open titles among her 23 Grand Slams, can match Margaret Court's all-time record of 24 majors with another title at Flushing Meadows. She missed last year's edition as she gave birth to daughter Olympia on September 1, but showed every indication she's ready to make up for lost time in a 6-4, 6-0 victory over Poland's Magda Linette.

"I think I'm getting there," said Williams, who turned up the heat on a steamy New York night that opened with a gala celebration of the US Open's 50th anniversary.

"I love opening for Serena Williams," Grammy-winning singer-song writer Kelly Clarkson told the crowd before she launched into her anthem "Stronger".

The spotlights were still blinking when Williams, in a black outfit featuring asymmetrical sleeves and a tulle skirt, took the court.

The 68th-ranked Linette held her own in the early going, but Williams gained the only break she needed in the first set in the seventh game and rolled from there.

She didn't face a break point in the 70-minute match, firing 23 winners and wrapping up the second set in less than half an hour.

"I feel pretty good," Williams said. "First match of a Grand Slam is always good to get through."

Williams' path may have been eased by Kaia Kanepi's stunning upset of world number one Halep, who became the first top-seeded woman to lose in the first round of the US Open.

It was the kind of Grand Slam history Halep could have done without as she tried to expunge the memory of her first-round loss to Maria Sharapova at Flushing Meadows last year.

But the Romanian, who broke through for a first Grand Slam title at the French Open this year, had no answer for Kanepi's power.

"I thought I just have to be aggressive and try to stay calm," said Kanepi, whose run to the quarter-finals last year is just one of her six trips to the last eight in majors.

"I cannot say much about this match, just that I didn't really feel the ball," French Open champion Halep said. "But also, she played really strong and pushed me back, so it was tough."

As Halep pondered why she has been unable to produce her best tennis in New York -- a semi-final run in 2015 notwithstanding - big-hitting Kanepi was feeling right at home in the Big Apple.

"I love playing here in New York, I have always loved it," she said. "I like the atmosphere in the tournament and in the city. I like the weather - humid and hot."

While Halep is no longer in her path, Williams could face another early test -- a possible third-round clash with 16th-seeded sister Venus.

Neither Williams sister was willing to look too far ahead, Venus noting that Halep's ouster was proof of just how dangerous any opponent can be.

"There are no easy matches," she said. "The higher you're ranked, the more that people come for you. It's just a chance for them to just hit out."

Stephens, seeded third behind Halep and Caroline Wozniacki, looked to be cruising with a 3-1 lead in the second set.

But unseeded Rodina had other ideas, turning the tables to take a 5-4 lead before Stephens reasserted herself.

"I just tried to stay calm and play my game," Stephens said.

Comments
Topics mentioned in this article
Serena Williams Simona Halep Tennis
Get the latest updates on India vs Australia Series, check out the India vs Australia Schedule for 2020-21 and Ind vs Aus live score . Like us on Facebook or follow us on Twitter for more sports updates. You can also download the NDTV Cricket app for Android or iOS.