Serena Williams Keen To "Move On" From US Open Row

Serena Williams said she had not seen her coach make a gesture and labelled his subsequent admission "a really confusing moment". 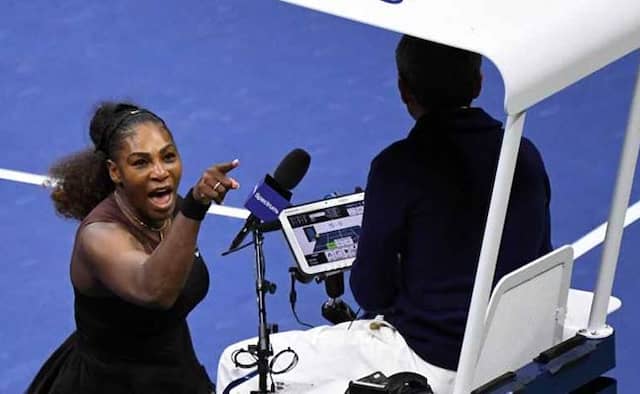 Serena Williams said she is trying to "move on from her US Open final meltdown.© AFP

Serena Williams says she is trying to "move on" from the meltdown that overshadowed her US Open final loss but remains perplexed at her coach's admission he illegally signalled to her. The 23-time Grand Slam champion lost the final in straight sets to Japan's Naomi Osaka after a fiery confrontation with chair umpire Carlos Ramos that she later blamed on sexism. Serena Williams called Ramos a "thief" and a "liar" in a running row with the Portuguese official that eventually saw her docked a game. In an interview with Australia's Channel Ten, the American superstar said a male player would not have been treated the same way.

She said women could not get away with "even half of what a guy can do".

"Right now we are not, as it's proven, in that same position," she said in an interview that aired late on Sunday.

"But that's neither here nor there. I'm just trying most of all to recover from that and move on."

Serena said she felt "on the cusp of this amazing moment" before the 2-6, 4-6 loss to Osaka.

A win would have taken her to 24 Grand Slams, equalling Australian Margaret Court's all-time record.

The dispute with Ramos began when Serena was issued a warning for coaching, something her coach sitting in the player's box, Patrick Mouratoglou, admitted to doing.

Serena said she had not seen the Frenchman make a gesture and labelled his subsequent admission "a really confusing moment".

"I asked him 'what are you talking about you were coaching?'," she said.

"We don't have signals, we've never had signals. He said he made a motion, and I said 'OK so you made a motion and now you're telling people you were coaching me?'.

"That doesn't make sense. Why would you say that?"