A relieved Serena Williams took her daughter to the zoo Friday and Novak Djokovic was happy to simply walk barefoot in a park as the stars of tennis emerged from a fortnight of quarantine. 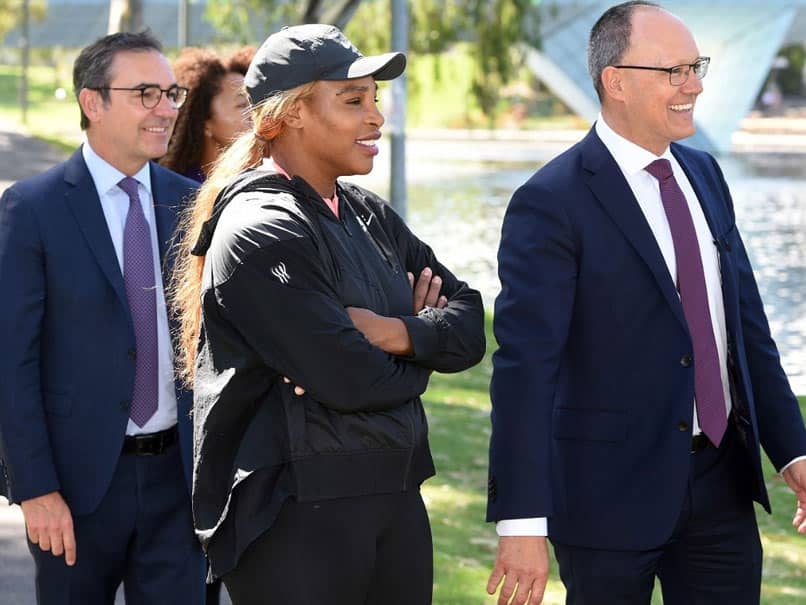 Serena Williams took her daughter to the zoo after her quarantine ended on Friday.© AFP

A relieved Serena Williams took her daughter to the zoo Friday and Novak Djokovic was happy to simply walk barefoot in a park as the stars of tennis emerged from a fortnight of quarantine. More than 1,000 players, coaches and officials jetted into largely virus-free Australia this month for 14 days' lockdown ahead of the opening Grand Slam of the year, with most allowed out for just five hours of daily supervised training.

Big guns Williams, Djokovic, Rafael Nadal and Naomi Osaka were among a select group that served their time in Adelaide rather than Melbourne ahead of an exhibition in the southern city on Friday.

Williams, who is gunning for one more Slam title to equal Margaret Court's record of 24 at next month's Australian Open, spent her two weeks holed up with three-year-old daughter Olympia.

"I'm so glad the quarantine is over because to be in a room with a three-year-old and being her best friend is definitely difficult, especially after training and working out and then it's like, oh my gosh, it never ends," said Williams.

"But it was fun... honestly I wouldn't trade anything for spending hours with her."

Asked what she did on her first day of freedom, Williams, who posed for selfies with fans after talking to reporters, said they headed to the zoo.

"We went to the zoo because we had a calendar in our room and every day we marked an x on the days that went by and a big circle on the quarantine ending day, and we promised that we would take her to the zoo to see koalas and kangaroos," said the American.

World number one Djokovic said he was content just to enjoy space once more.

"A walk in the park," he said of his first free morning. "You know, just putting bare feet on the ground, just doing something that I didn't have a chance to do so, just having the space I think that's what we all kind of missed," he said.

The 17-time Grand Slam winner is no stranger to Adelaide, winning one of his first ever titles in the city back in 2007.

"First time I came to Australia was in Adelaide and I drove my first car here on the opposite side," he said.

"I won the tournament back in 2007 which was, I think, the second tournament that I won in my career and it was a huge springboard what was coming up in my career."

Spanish great Nadal, who is aiming for a record-breaking 21st Slam title in Melbourne, moving him past the injured Roger Federer, plays third-ranked Dominic Thiem in his exhibition clash.

While most players have been able to train, 72 players were confined to their Melbourne rooms 24 hours a day after eight positive Covid-19 cases were detected on their charter flights to Australia.

They and other players in Melbourne also began tasting freedom, but torrential rain further complicated their already disrupted build-up.

Six ATP and WTA tournaments will take place at Melbourne Park next week to allow the players to return to match fitness before the Australian Open makes a delayed start on February 8.