Sania Mirza shared a video with her son Izhaan on Instagram, where they playfully tease her brother-in-law Mohammad Asaduddin. 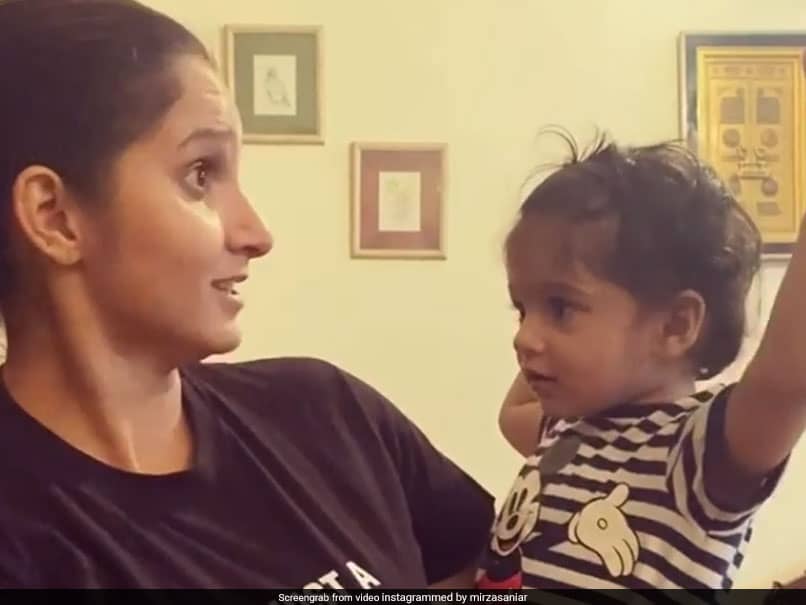 Tennis star Sania Mirza took to Instagram to upload an adorable video which also featured her son Izhaan Mirza Malik, where she teases her brother-in-law Mohammad Asaduddin, saying that he hits fours while Izhaan's father Shoaib Malik - Pakistan all-rounder - hits sixes. "Asad khaalu hits a 4 but Baba hits a 6," she captioned the video and added "he might be a bit biased". Asaduddin, also known as Asad, responded to the video and wrote "Such a sweetheart," and left a heart-eyed emoji.

In the video, Sania starts off asking Izhaan what a dog does, to which he responds by imitating a barking noise. She then asks him "What does Asad khaalu do?"

Izhaan responds by gesturing a boundary.

"And what about Baba? Baba hits a six, right?" Sania says as Izhaan holds his arms up in the air.

The two sign off with multiple high-fives at the end of the video.

Asad khaalu hits a 4 but Baba hits a 6 he might be a bit biased @izhaan.mirzamalik #Myizzy

India all-rounder Hardik Pandya, who will be a father soon, also responded to the video with a heart emoji.

Fans loved the video, with many Instagram users commenting that it is adorable.

"Mother son goals," one user commented on the video.

Asad, who is the son of former India captain Mohammad Azharuddin and has represented Goa in the Ranji Trophy, got married to Sania Mirza's sister Anam Mirza in December last year.

Shoaib Malik Mohammad Asaduddin Tennis Cricket
Get the latest updates on IPL 2021, IPL Points Table , IPL Schedule 2021 , live score . Like us on Facebook or follow us on Twitter for more sports updates. You can also download the NDTV Cricket app for Android or iOS.