Sania Mirza shared a couple of pictures with her husband and wished him a "Happy Anniversary" but what followed thereafter left her followers in splits. 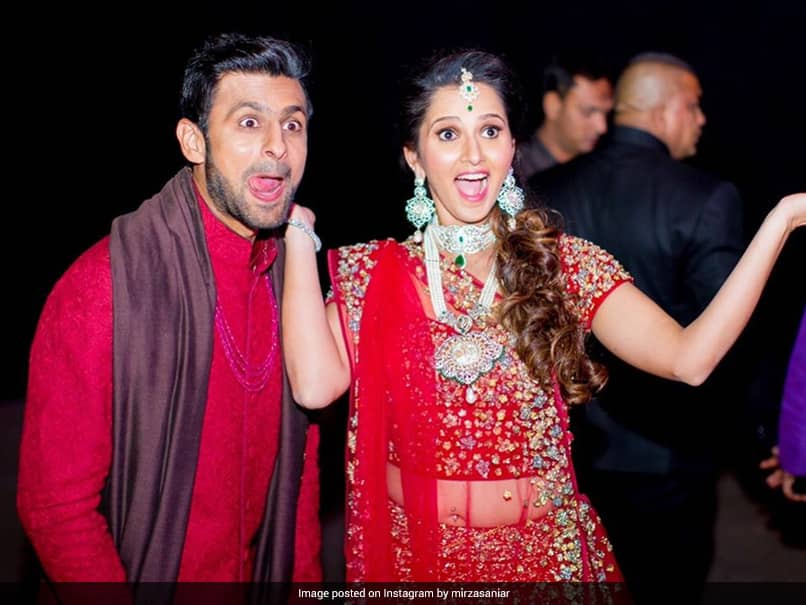 Sania Mirza and Shoaib Malik got married in 2010 in Hyderabad.© Instagram

Tennis star Sania Mirza, who is celebrating her 10th marriage anniversary with Pakistan cricketer Shoaib Malik on Sunday, chose a unique way to wish her husband on their special day. Like normal anniversary posts, she shared a couple of pictures with her husband and wished him a "Happy Anniversary" but what followed thereafter left her followers in splits. Comparing the two contrasting pictures, she penned an "Expectations vs reality" post. "Happy Anniversary @realshoaibmalik. A decade of being married looks like this!! Expectation vs reality. Swipe right for reality," Mirza captioned the pictures on Instagram.

Happy Anniversary @realshoaibmalik A decade of being married looks like this!! Expectation vs reality Swipe right for reality

Sania and Shoaib married each other in 2010 in Hyderabad and have an year-old son named Izhaan.

After giving birth to Izhaan in October 2018, Sania returned to the court in January this year and impressed everyone as she clinched the women's doubles title at Hobart International, pairing up with Nadiia Kichenok, in her comeback tournament.

As India continues its fight against coronavirus, Sania is at the forefront in helping those in need by providing them with food and other basic necessities. Last month, she had announced that within a week's time the organisation had raised Rs 1.25 crore which will help around one lakh people.

"The last week we have tried as a team to provide some help to the people in need..we provided food to thousands of families and raised 1.25 Crore in one week which will help close to 1 lakh people.its an ongoing effort and we are in this together @youthfeedindia @safaindia," the tennis player had tweeted last month.

Shoaib Malik Tennis
Get the latest updates on India vs England Series, India vs England , live score and IPL 2021 Auction . Like us on Facebook or follow us on Twitter for more sports updates. You can also download the NDTV Cricket app for Android or iOS.