Anam Mirza and Mohammad Asaduddin got married in a traditional ceremony on Thursday. 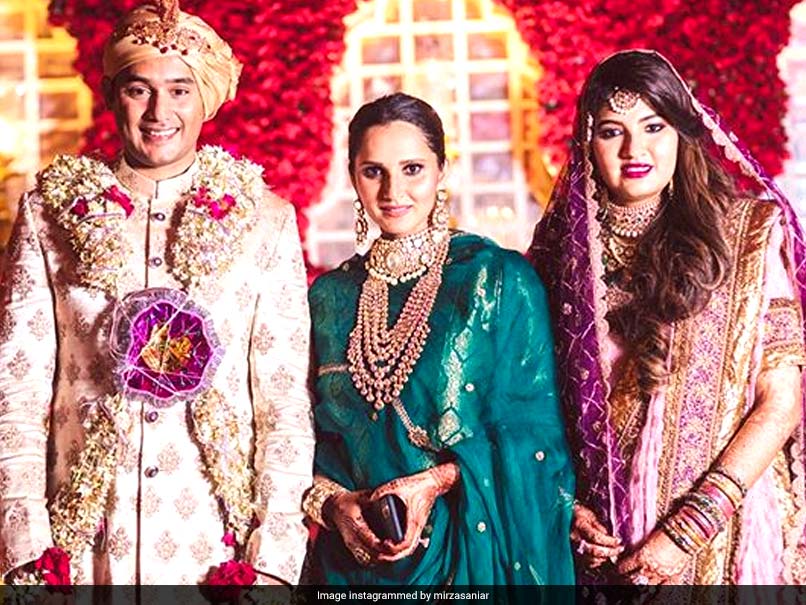 Sania Mirza welcomed former Indian cricket team captain Mohammad Azharuddin's son Mohammad Asaduddin to the family after he married her sister Anam Mirza on Thursday. She shared a picture with the newlywed couple on Instagram, tagging Asaduddin and writing "Welcome to the family". Anam Mirza and Mohammad Asaduddin, also known as Asad, got married in a traditional ceremony on Thursday. The wedding came after two days of pre-wedding festivities that lit up Instagram and delighted fans.

Sania Mirza was dressed in a teal sharara, while Anam looked gorgeous in a bridal outfit with shades of purple. The groom wore a beige and gold sherwani.

Sania Mirza also shared some solo pictures from the ceremony.

Anam Mirza had earlier announced her wedding with a sweet Instagram post. She put up a photo with Asad with the caption "Mr and Mrs," adding a part-face emoji after that and the hashtags "#alhamdulillahforeverything" and "#AbBasAnamHi".

Anam and Asad have shared numerous pictures with each other on social media.

The rumours of Anam and Asad getting married started doing rounds on internet a few months backs. In October, Sania ended all speculation by saying in an interview that Anam "is actually getting married in December".

"We just came back from her bachelorette trip in Paris. We are really excited. She is marrying a lovely boy. His name is Asad and he happens to be the son of Mohammad Azharuddin and we are really excited about it," Sania had said.

In September, Anam had shared a picture on Instagram wearing a "bride-to-be" sash, with pink "bride-to-be" balloons decorating a glass window in the background.

Sponsored by Vuukle
Comments
Topics mentioned in this article
Sania Mirza Tennis
Get the latest updates on Fifa Worldcup 2022 and check out  Fifa World Cup Schedule, Stats and Live Cricket Score. Like us on Facebook or follow us on Twitter for more sports updates. You can also download the NDTV Cricket app for Android or iOS.