"We Woke Up Like This": Sania Mirza Posts Adorable Picture With Son Izhaan

Sania Mirza, much like other sportspersons across the country, is spending time at home amid the coronavirus lockdown. 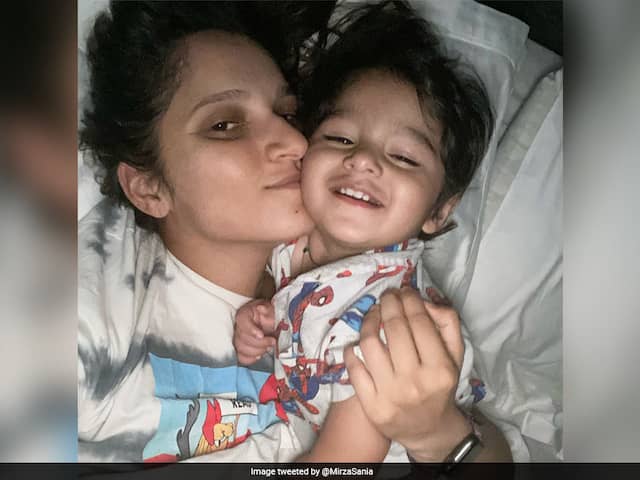 Sania Mirza, India's leading tennis star, took to Twitter on Saturday to share an adorable picture with her son Izhaan. "We woke up like this - wouldn't have it any other way #Izzy," Sania Mirza captioned the image. Sania, much like other sportspersons across the world, is spending time at home amid the lockdown which is in place to curb the spread of the deadly coronavirus. Soon after Sania shared the picture, fans flooded the post with heartwarming messages for the ace tennis star.

We woke up like this - wouldn't have it any other way #Izzy pic.twitter.com/V9OtgxLpdm

Last month, Sania Mirza became the first Indian to be nominated for the Fed Cup Heart Award from the Asia/Oceania zone.

Indonesia's Priska Medelyn Nugrorho was the other Tennis player to be nominated from the region.

Sania, who made a comeback to the Fed Cup, helped India reach the play-offs of the tennis tournament for the first time.

"Stepping on to the court for the first time in India colours was a moment of pride for me, back in 2003. It has been an eighteen-year long journey since then and I feel extremely proud and privileged to have contributed to the success of Indian tennis," Sania was quoted as saying by AITA.

Recently, Sania had shared a cute picture of Izhaan that went viral on social media. In the picture, Izhaan can be seen holding a tennis racket in his hand.

Comments
Topics mentioned in this article
Sania Mirza Tennis
Get the latest updates on IPL 2020, check out the IPL Schedule for 2020 and Indian Premier League (IPL) Cricket live score . Like us on Facebook or follow us on Twitter for more sports updates. You can also download the NDTV Cricket app for Android or iOS.