Sania Mirza, who was making a comeback after a two-year hiatus, won the women's doubles title at Hobart International along with Nadiia Kichenok. 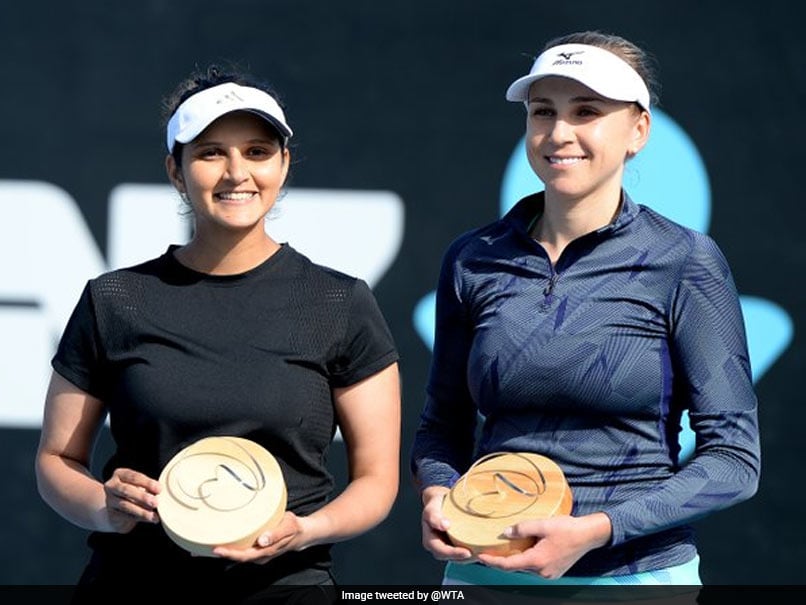 Tennis great Mahesh Bhupathi heaped praise on his former mixed doubles partner Sania Mirza, saying it is an 'incredible' start to her road to making a comeback after the star player won the women's doubles title at Hobart International on Saturday alongwith Nadiia Kichenok. "Incredible start to her comeback..she has worked very hard to get match fit and it's great to see the results come so quick," Bhupathi told IANS.

Former Davis Cup captain Jaidip Mukerjea, who has seen Mirza from her early days, said the 33-year old is a 'fighter' and this comeback is special.

"I have always seen a fighter in her. It's not easy to comeback after not playing tennis for two years. What she has done only shows her class and commitment to the sport. I hope she remains injury free and healthy and there are greater things to come for her this year," he said.

Former doubles No.1 Mirza and Kichenok defeated the second-seeded Chinese duo Peng Shuai and Zhang Shuai 6-4, 6-4 in a rather one-sided contest which lasted one hour and 21 minutes.

It is Mirza's first WTA title in just over two years and 42nd of her storied doubles career, while Kichenok won her fifth, and first since partnering her twin sister, Lyudmyla, to win the WTA Elite Trophy Zhuhai in 2018.

The Indian star last won a trophy alongside Bethanie Mattek-Sands at the Brisbane International in the first week of the 2017 season, one of three doubles finals she reached that year before announcing her pregnancy in April of 2018.

Three-time doubles Grand Slam winner Mirza is making a return to competition after a two-year hiatus, initially due to injuries and then welcoming her son in October 2018.

Comments
Topics mentioned in this article
Sania Mirza Mahesh Bhupathi Tennis
Get the latest updates on India vs South Africa and check out  Schedule, Results and Live Score. Like us on Facebook or follow us on Twitter for more sports updates. You can also download the NDTV Cricket app for Android or iOS.