Mahesh Bhupathi said he was "hurt" by the All India Tennis Association's manner of sacking him but it was hardly a surprise given how the body has dealt with players in the last two decades. 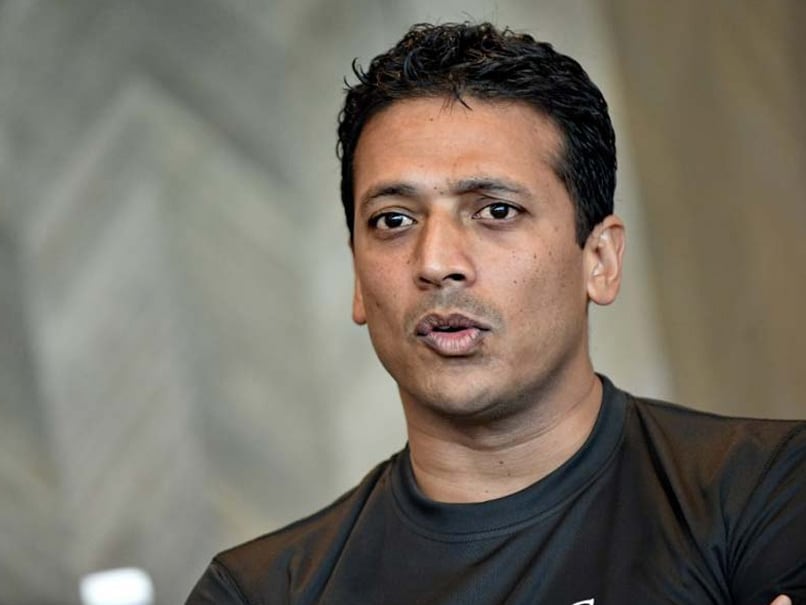 Mahesh Bhupathi said tennis players were abandoned by their federation and the government.© AFP

Former Davis Cup captain Mahesh Bhupathi on Thursday said India's tennis players were abandoned by their federation and the government when they expressed security concerns about travelling to Pakistan for a Davis Cup tie, which was eventually shifted due to security concerns. Bhupathi also said that he still cannot get over the "hurt" caused by the All India Tennis Association's manner of sacking him but it was hardly a surprise given how the body has dealt with players in the last two decades.

"India-Pakistan is a unique scenario. Tension has been there since inception of Pakistan. No other sporting team has toured there for two decades and all of a sudden they are saying India tennis team should go, and everybody is criticising the boys for taking a stance, that was very unfair," Bhupathi said on the sidelines of an event in Mumbai.

The 45-year-old was removed from the captain's position for refusing to travel to Pakistan for a Davis Cup tie on security grounds. The tie is now being held in Nur-Sultan, Kazakhstan starting Friday.

"I am still in touch with the boys on a daily basis. I was disappointed with the way the Federation dealt with it. When they wanted me to become captain, they flew down to Hyderabad, had a meeting with me," he said.

"I don't mind if they think that it is time for me to step out, but a courtesy phone call saying 'listen we think it is time to put someone new in the system' and I would have respected that but I didn't even get that call.

"Honestly the way the federation has dealt with not only me but everyone in Indian tennis for the last 20 years, there is no surprise. But at some level it kind of hurts," he added.

Bhupathi said neither the federation nor the government supported the players when they expressed reservations about travelling to Islamabad, the original venue of the tie.

"It is unfair that the AITA did not back the team, unfair that the government didn't say anything...So everyone kind of put their hands up, that shows how important tennis is in higher scheme of things in our country," added Bhupathi.

Bhupathi said the scenario would have been very different if it was the cricket team that was involved.

"Bilateral, tri-lateral, single-lateral, if somebody from the government said it is not safe to go to Pakistan, game would have been done, but nobody was willing to say that. But nobody else is going to Pakistan.

"If the Indian cricket team was supposed to go to Pakistan, MLAs (MPs) would have stood in Parliament and said something about it. But for us, it did not matter and so be it," he said fumed.

Bhupathi also said that he is in regular touch with current Davis Cup captain Rohit Rajpal despite the bitter end to his tenure.

"At the end of the day, regardless of what happened to me personally, the priority is that India beats them 2-0 tomorrow," he added.

Talking about the tie against Pakistan, Bhupathi said Team India would win without much trouble.

"It will be absolutely not difficult for them (Indian) to beat Pakistan anywhere in this world...we were always going to beat Pakistan regardless of where we played and who played for Pakistan," he said.

"The bottom line is that now the good news is we have a semi-decent draw. If we win we are playing Croatia," Bhupathi added.

He was speaking after inaugurating the newly re-laid tennis courts at the iconic Khar Gymkhana in Mumbai in presence of Sania Mirza, Gymkhana's President Vivek Devnani and secretary Gaurav Kapadia.

Comments
Topics mentioned in this article
Mahesh Bhupathi Tennis
Get the latest updates on Fifa Worldcup 2022 and check out  Fifa World Cup Schedule, Stats and Live Cricket Score. Like us on Facebook or follow us on Twitter for more sports updates. You can also download the NDTV Cricket app for Android or iOS.