"Ready To Go Out To My Drawing Room": Sania Mirza Glams Up, Fans Show Love

Sania Mirza took to Instagram to share a picture of her all dressed up with fans coming in their numbers to show their love. 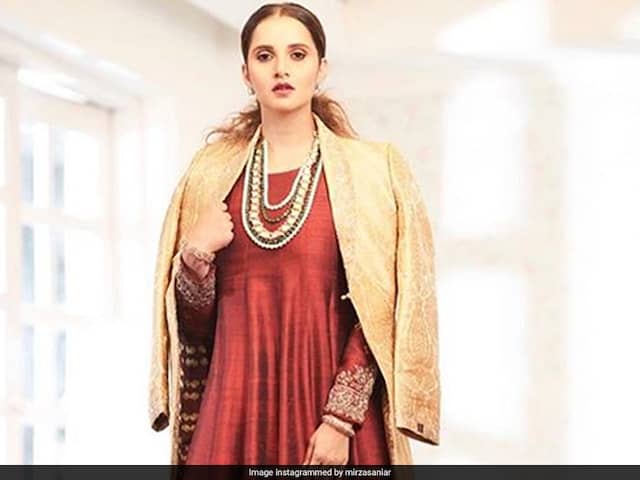 Sania Mirza, India's leading tennis star, became the first person from the country to win the Fed Cup Heart Award. On Sunday, Sania took to Instagram to share a picture her of all dressed up, saying that she was now ready to go to her drawing room. The ace tennis player, much like other sportspersons across the world, is spending time at home amid the coronavirus pandemic and probably hasn't had very many opportunities to glam up. "Phew .. finally all ready to go out to my drawing room," Sania Mirza captioned the post with a laughing emoji.

Phew .. finally all ready to go out to my drawing room

Soon after Sania shared the picture, her fans flooded the post with heartwarming messages for the ace tennis player.

"Looking great mam," another one joined in.

"U have added more brightness to red now!! @mirzasaniar ma'am," a user said.

Sania never fails to charm her fans with adorable pictures with her son Izhaan.

After winning the Fed Cup Heart Award earlier this week, Sania thanked her fans who voted for her.

Comments
Topics mentioned in this article
Tennis Sania Mirza
Get the latest Cricket news, check out the India cricket schedule, Cricket live score . Like us on Facebook or follow us on Twitter for more sports updates. You can also download the NDTV Cricket app for Android or iOS.