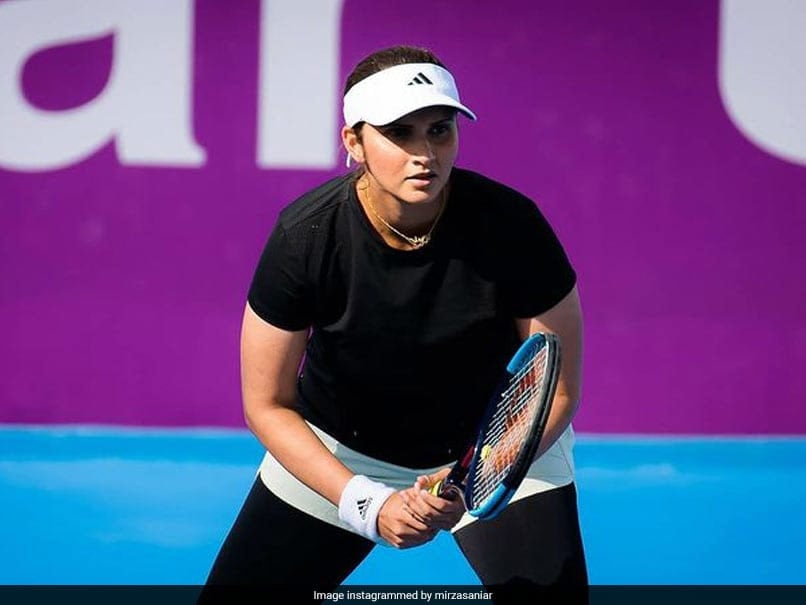 India's ace tennis star Sania Mirza and her American partner Christina McHale lost to Japan's Shuko Aoyama and Ena Shibahara in the women's doubles final of the Cleveland Championships. The Indo-American pair suffered a straight-sets 7-5, 6-3 defeat in the title match of the WTA 250 tournament on Saturday night (local time) that lasted for just under an hour and 30 minutes. Mirza and her partner from the USA gave the Japanese duo a very tough battle in the opening set of the match. A break in the seventh game pegged them back but Mirza and McHale restored parity in the very next game. But the duo once again fell short in the 11th game as another break handed Shuko Aoyama and Ena Shibahara the opening set, as per Olympics.com.

With an early break in the second set, the top-seed Japanese duo provided no respite to their opponents and strolled towards the title rather easily.

Sania Mirza will next head to New York for the US Open as the Indian tennis ace has been handed a wildcard entry into the women's doubles of the season's final Grand Slam.

Comments
Topics mentioned in this article
Sania Mirza Christina McHale Tennis
Get the latest updates on T20 World Cup, check out the T20 World Cup Schedule and Live Score . Like us on Facebook or follow us on Twitter for more sports updates. You can also download the NDTV Cricket app for Android or iOS.