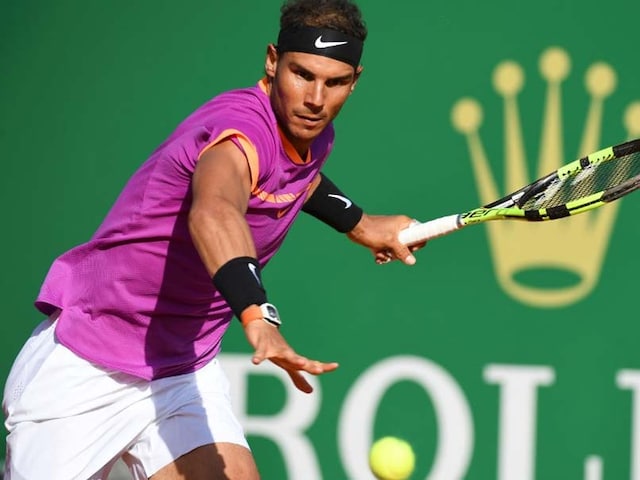 Rafael Nadal beat David Goffin 6-3, 6-1 on Saturday in a controversial semi-final at the Monte Carlo Masters to put himself on the brink of a 10th title at the clay court showpiece. The 30-year-old defending champion Nadal will face Spanish compatriot Albert Ramos-Vinolas, who defeated Lucas Pouille 6 -3, 5-7, 6-1, in Sunday's final. Nadal is also chasing his first ATP title since last April in Barcelona and the 70th of his career. However, Saturday's semi-final turned on a controversial incident in the first set, when the chair umpire may have missed a ball mark and ended up awarding Nadal a point which denied Goffin a 4-2 lead in the opener.

The crowd turning against him, Nadal was the subject of whistles and jeers while the heart went out of Goffin who had made the semi-finals by seeing off world number two Novak Djokovic on Friday.

Ramos-Vinolas, the 29-year-old 15th seed who had knocked out number one Andy Murray and Marin Cilic, had never before even reached a Masters 1000 semi-final.

"To play Rafa, you never know. If he plays unbelievable, he's going to beat you," Albert Ramos-Vinolas said on Saturday.

"I have more confidence. It's impossible to negate that. Since Roland Garros (2016) maybe, I'm playing better. In South America (February) I did a final, two semi-finals, one quarter-final.

"The results are going better," he added.

The Spaniard, who saved seven of nine break points, had come to the principality with only three previous victories from 29 matches against top 10 opponents.

Comments
Topics mentioned in this article
Rafael Nadal David Goffin Albert Ramos Tennis
Get the latest Cricket news, check out the India cricket schedule, Cricket live score . Like us on Facebook or follow us on Twitter for more sports updates. You can also download the NDTV Cricket app for Android or iOS.