The 35-year-old Rafael Nadal resumed training last week after being on the sidelines for four weeks due to a rib injury. 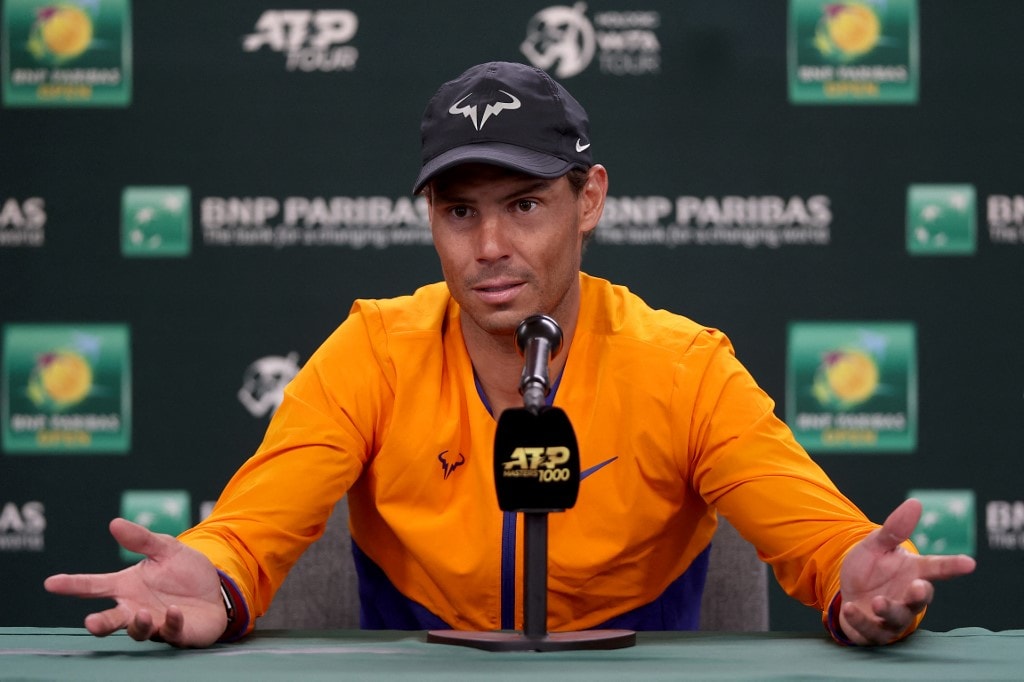 Rafael Nadal picked up the injury in his loss to Taylor Fritz in the Indian Wells final on March 22.© AFP

Rafael Nadal is to return to competitive action at next week's Madrid Open, a month out from the French Open which the Spanish legend has won 13 times. The 35-year-old resumed training last week after being on the sidelines for four weeks due to a rib injury. He said on social media he wanted to play in the Spanish capital despite being "short of preparation".

Nadal picked up the injury in his loss to American Taylor Fritz in the Indian Wells final on March 22, announcing at the time he expected to be out for between four and six weeks.

That defeat ended his perfect 20-0 run to start 2022 which had included winning the Australian Open title.

Nadal beat Daniil Medvedev in an epic final in Melbourne after Novak Djokovic was deported from Australia over his Covid vaccination status.

That victory gave him a men's record 21st Grand Slam title, moving him out of a tie with Djokovic and Roger Federer.

The French Open begins on May 22.

Comments
Topics mentioned in this article
Rafael Nadal Tennis
Get the latest updates on ICC T20 Worldcup 2022, check out the Schedule and Live Score. Like us on Facebook or follow us on Twitter for more sports updates. You can also download the NDTV Cricket app for Android or iOS.