Novak Djokovic's Serbia will take on Canada, while Spain are pitted against Belgium in the quarter-finals of ATP Cup. 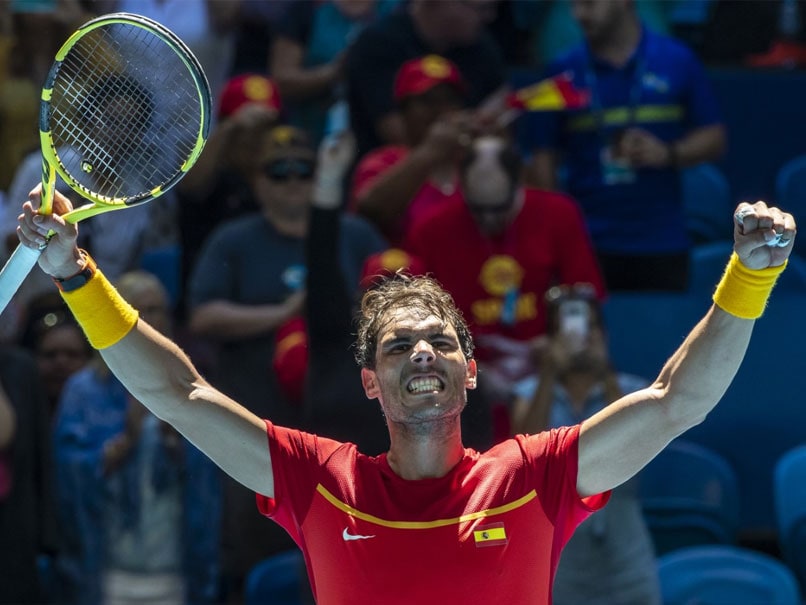 After six days of round robin play at the inaugural team event across Sydney, Brisbane and Perth, eight teams are left standing from the 24 that started. Australia, Serbia, Russia and Britain booked their spots in the knockout phase on Tuesday, with Spain -- who won the revamped Davis Cup in Madrid in November -- and Argentina rounding out the six group winners. Belgium and Canada joined them as the two best-placed runners-up.

All the quarter-finals are in Sydney with Australia facing Britain in the first encounter on Thursday, followed by Argentina against Russia.

Novak Djokovic's Serbia take on Canada on Friday, while Spain are pitted against Belgium.

Rafael adalsaw off the brave challenge of Japan's Yoshihito Nishioka 7-6 (7/4), 6-4, but the 19-time Grand Slam winner made 36 unforced errors.

"It was important the first set, and then in the second I had some tough moments but at the same time I was able to manage well to have a break at the right moment, so happy for the victory," said Nadal, who is yet to drop a set.

"I played against a player that started the season on fire winning two great matches against two very good opponents and with very comfortable results.

"So it's a positive victory for me and it's an important victory for the team. We go to Sydney with the confidence that we didn't lose a match yet."

He came on court after teammate and world number 10 Roberto Bautista Agut downed Go Soeda 6-2, 6-4 to secure the tie.

Djokovic was also a winner Thursday, continuing his unbeaten record at the tournament as he warms up for a crack at an eighth Australian Open crown.

The superstar eased past Chile's Cristian Garin 6-3, 6-3 as Serbia won their tie 2-1, with Dusan Lajovic also clinching his singles match.

"I really am really happy with the challenges that I've had in the last six, seven days here, and hopefully that can allow me to build my form for Sydney and Melbourne later," said world number two Djokovic.

"Sydney's got a big Serbian community, hopefully the support can be as good as it was here, even better."

Need to be ready

In other action, emerging Polish young gun Hubert Hurkacz upset world number four Dominic Thiem for his third win over a top 30 player at the tournament after beating Diego Schwartzman and Borna Coric.

Poland's 2-1 win over Austria ended Thiem's team's chances of topping their group, leaving Croatia and Argentina to battle it out to secure an automatic quarter-final place.

"I think everyone who is in the quarters is ready for the quarters. We are ready to play against (Karen) Khachanov or (Daniil) Medvedev, the singles and then we see the doubles," said Schwartzman.

"I need to rest because Medvedev is putting every ball on court, so I need to be ready for the match."

It was not all doom and gloom for Croatia, who still had the chance to sneak into the last eight as one of the best runners-up.

After losing their two singles, they needed to win the doubles, but Ivan Dodig and Nikola Mektic blew the chance, allowing Canada to go through instead.

David Goffin's Belgium, who were not playing Wednesday, also crept into the knockouts at the expense of France and South Africa.

Some US$15 million in prize money and up to 750 singles and 250 doubles ATP rankings points are at stake.