Rafael Nadal was in cruise control for Spain at the ATP Cup Monday but Serbia's Novak Djokovic was forced to sweat through brutal conditions for his second win in a row. 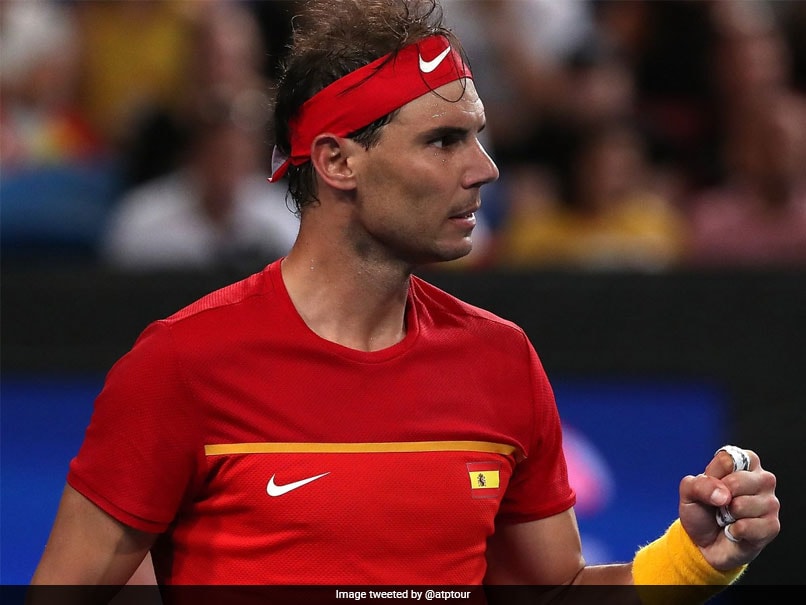 An ominous Rafael Nadal was in cruise control for Spain at the ATP Cup Monday but Serbia's Novak Djokovic was forced to sweat through brutal conditions for his second win in a row. The Spanish world number one swept past Uruguay's experienced Pablo Cuevas 6-2, 6-1 in just 73 minutes in Perth to ensure his country won their second consecutive tie at the inaugural 24-team event and moved closer to the quarter-finals.

He came on court after teammate and world number 10 Roberto Bautista Agut made short work of Franco Roncadelli 6-1, 6-2.

"A great match. I played better than the other day. It was a very positive victory against an opponent for who I have a lot of respect," said 19-time Grand Slam winner Nadal. "I'm super happy."

Djokovic was given a testing workout in his opening clash in Brisbane on Saturday by big-serving South African Kevin Anderson, who took him to two tiebreakers.

He was back to his dominant best against France's Gael Monfils, but the sapping heat and humidity made the 6-3, 6-2 win harder than the score suggested.

"It was definitely one of the most humid conditions that I have ever had in my career. Tonight was brutal," said the world number two, who extended his record over Monfils to 16-0, dating back 15 years.

"Obviously playing Gael, you know you are going to have a lot of exchanges, a lot of rallies. He is a great fighter and a great friend of mine. Tough luck today."

Eight of the 24 nations will make the quarter-finals in Sydney from the round robin -- six group winners and two best runners up.

World number four Dominic Thiem bounced back from a shock loss in his opening match to beat tenacious Diego Schwartzman in two tough sets to steer Austria to victory over Argentina in Sydney.

It kept Austria alive in Group E after they lost their opening tie to Croatia.

The unbeaten Croats are sitting pretty, spearheaded by former US Open champion Marin Cilic who eased past Poland's Kacper Zuk in straight sets -- his second victory in a row.

"I felt that the level was quite good. I was being aggressive," said Cilic, a losing Australian Open finalist in 2018. "I had to stay mentally in the match, really focused."

One of the biggest surprises has been Japan, which has won both its ties -- against Uruguay and Georgia -- despite being without injured stars Kei Nishikori and Yasutaka Uchiyama, their third best player.

"I think I played my best tennis and very happy about this," he said of his win against the Georgian where his pinpoint accuracy rattled Basilashvili.

South Africa, spearheaded by Anderson, remain in contention after clean-sweeping Chile 3-0 in Brisbane.

Raven Klaasen and Ruan Roelofse made it a whitewash when they battled past Garin and Jarry in the doubles 1-6, 6-3, 10-7.

"I think it's been promising. The things I'm doing, the things we're working on seeing," said Anderson, who missed the second half of last year after suffering a knee injury at Wimbledon.

"We have made a few changes with a few things and so far so good."

Novak Djokovic Rafael Nadal Tennis
Get the latest updates on ICC Women's Cricket World Cup 2022 and IPL 2022, check out the Schedule , Live Score and IPL Points Table. Like us on Facebook or follow us on Twitter for more sports updates. You can also download the NDTV Cricket app for Android or iOS.